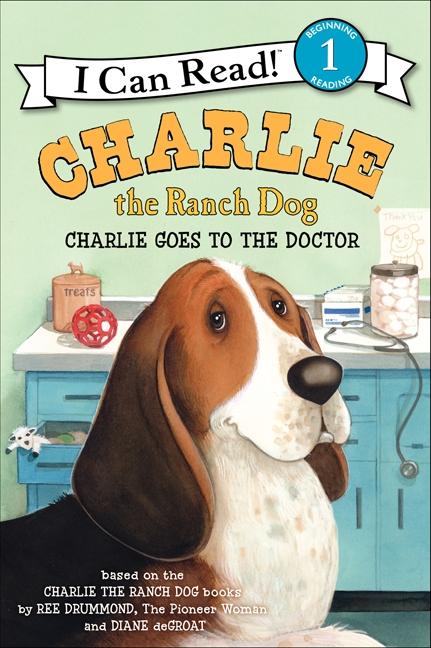 Charlie Goes to the Doctor

Charlie is the lovable basset hound of the Pioneer Woman, Ree Drummond, and the star of the #1 New York Times bestselling picture book Charlie the Ranch Dog. Now our favorite bacon-loving dog is back in this new I Can Read story!
Mama knows something's wrong with Charlie the Ranch Dog when he's not even hungry for bacon! So they're off to see Dr. Jan. Even though Charlie is nervous about his visit to the doctor, he's not half as scared as Hickory, the puppy he befriends in the waiting room. As the older hound, can Charlie put on a brave face for Hickory?
With his usual hilarious antics, Charlie overcomes his fears about the doctor . . . as will the kids who read this book! This Level 1 I Can Read is perfect for children learning to sound out words and sentences.