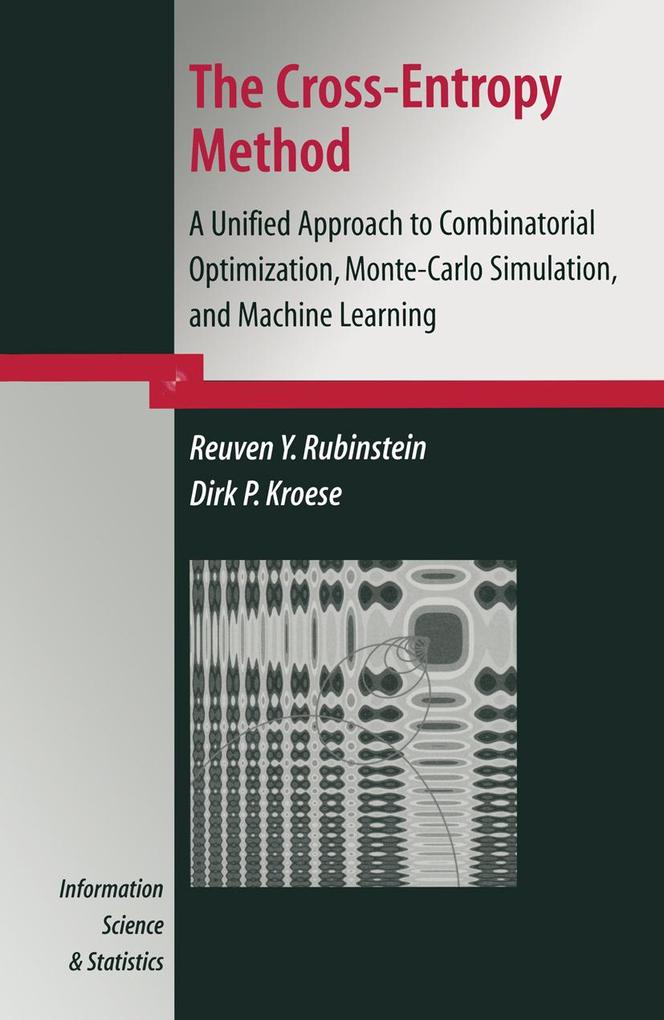 Accessible to a broad audience of engineers, computer scientists, mathematicians, statisticians and in general anyone, theorist and practitioner, who is interested i … weiterlesen
Geschenk per Mail versenden
Buch (gebunden)

Rubinstein is the pioneer of the well-known score function and cross-entropy methods.

Accessible to a broad audience of engineers, computer scientists, mathematicians, statisticians and in general anyone, theorist and practitioner, who is interested in smart simulation, fast optimization, learning algorithms, and image processing.

From the reviews:
"Rarely have I seen such a dense and straight to the point pedagogical monograph on such a modern subject. This excellent book, on the simulated cross-entropy method (CEM) pioneered by one of the authors (Rubinstein), is very well written..." Computing Reviews, Stochastic Programming November, 2004
"...I wholeheartedly recommend this book to anybody who is interested in stochastic optimization or simulation-based performance analysis of stochastic systems." Gazette of the Australian Mathematical Society, vol. 32 (3) 2005
"This book describes the cross-entropy method for a range of optimization problems. ... It is a substantial contribution to stochastic optimization and more generally to the stochastic numerical methods theory." (V.V.Fedorov, Short Book Reviews, Vol. 25 (1), 2005)
"Since the CE method is a young and developing field, there is no book available in this area where the two authors are the pioneers. Therefore, it is quite a unique book and it may become a classic reference in the CE method literature." Technometrics, February 2005
"This book is a comprehensive introduction to the cross-entropy method which was invented in 1997 by the first author ... . The book is ... written for advanced undergraduate students and engineers who want to apply the method. The authors made an effort to avoid formal mathematical 'definition-lemma-theorem-proof' style, aiming to promote the ideas and not burden the reader with too much technical detail. My impression is that they were quite successful." (J. Zerovnik, Journal of the Operational Research Society, Vol. 57 (12), 2006)
"This book is a comprehensive review of the cross-entropy (CE) method and its various applications, in particular for rare-event simulation and combinatorial optimisation. ... Each chapter is copiously illustrated by numerical examples. ... we highly recommend this book to anybody curious about simulation methods, or more generally about applied probability. The principle behind the CE method is remarkably simple and intellectually appealing, and the authors do a very good job of explaining how it works, and why it works well." (Nicolas Chopin, Journal of Applied Statistics, Vol. 33 (8), 2006)
"The authors have produced a routine ... that identifies cases where CE codes not perform well, and thus alerts one when other methods may be more appropriate. Having FACE available to test CE performance enhances the attractiveness of both CE and this book. ... In summary, this book is a good introduction to CE for those who want to use the method, in particular, for optimization situations." (David E. Booth, Technometrics, Vol. 50 (1), 2008)
"This book is a good introduction to the cross-entropy (CE) method, an approach to combinatorial optimization and rare-event simulation based on minimizing the cross-entropy ... between a sampling distribution and an unknown target distribution. It is intended to be 'accessible to advanced undergraduate students and engineers who simply want to apply the CE method in their work, while at the same time accentuating the unifying and novel ideas behind the CE method.'" (David Bulger, Zentralblatt MATH, Vol. 1140, 2008)