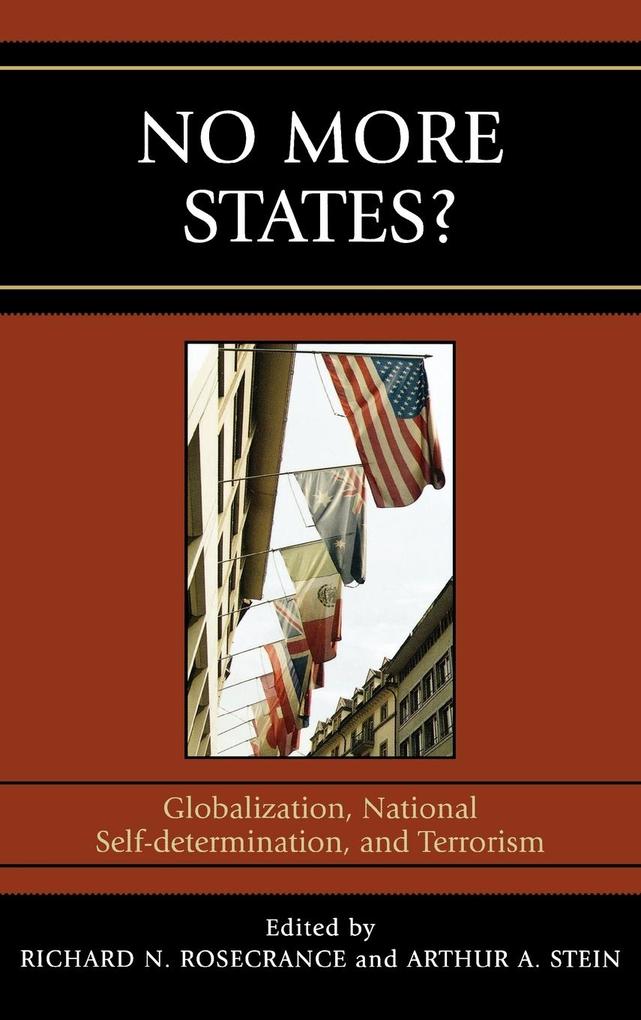 This provocative and compelling book contends that the explosive growth of new political states is finally coming to an end. Examining the forces that determine the emergence of new nation-states, the distinguished contributors consider a rich array of sp

Chapter 1 Globalization and Its Effects: Introduction and Overview Part 1 Generalist Forces Chapter 2 The "Acceptance" of Globalization Part 2 Specific Outcomes Chapter 3 Will Terrorism Defeat Globalization? Part 3 Conclusions Chapter 4 Terrorism, Overreaction, and Globalization Chapter 5 Can China Be Effectively Punished through Global Economic Isolation? Chapter 6 Globalization, Terrorism, Self-Determination, and the U. S. Relationship with Russia Chapter 7 Globalization and the State in the Middle East: Iran, Turkey, Israel, and the Palestinians Chapter 8 The Failure of Chechen Separatism Chapter 9 The Status Quo in Kashmir? Chapter 10 Global Incentives and Local Responses to Self-determination: An Application to Aceh Chapter 11 Mired in Mesopotamia? The Iraq War and U.S. Interests Chapter 12 Sustainable Peace Agreements in the Age of International Institutions: The Case of Cyprus Chapter 13 The Never-Ending Story Quebec and the Question of National Self-Determination Chapter 14 The Dilemma of Devolution and Federalism: Secessionary Nationalism and the Case of Scotland Chapter 15 The Taiwan-China Tangle: Divided Sovereignty in an Age of Globalization Chapter 16 Who Will Be Independent?

An outstanding collection of essays on the deepening of economic globalization and its impact on nationalism, state formation, and stability in the international system. -- T. V. Paul, McGill University For 500 years, as empires fell and fiefdoms vanished, the nation-state has proven an evolutionary winner-its number soaring from 50 to 200 since World War II. Will globalization and integration, nuclear weapons and terrorism, finally do it in? For some astute and surprising answers, read this excellent collection. -- Josef Joffe, publisher-editor, Die Zeit; Abramowitz Fellow, Hoover Institution, Stanford University This exceptionally well-researched collection of essays is the outcome of the UCLA-Harvard project on the likely creation of new states in the era of globalization. Rosecrance and Stein do an excellent job in summarizing the findings of three major conferences on the impact of globalization on the international system of states. Highly recommended. CHOICE Richard Rosecrance and Arthur Stein deal with one of the most important and understudied issues in global politics today-the question of state fragmentation and state formation. The chapters in this volume provide fresh thinking on why states exist and how they are defined. -- Francis Fukuyama, Johns Hopkins University, author of The End of History and the Last Man