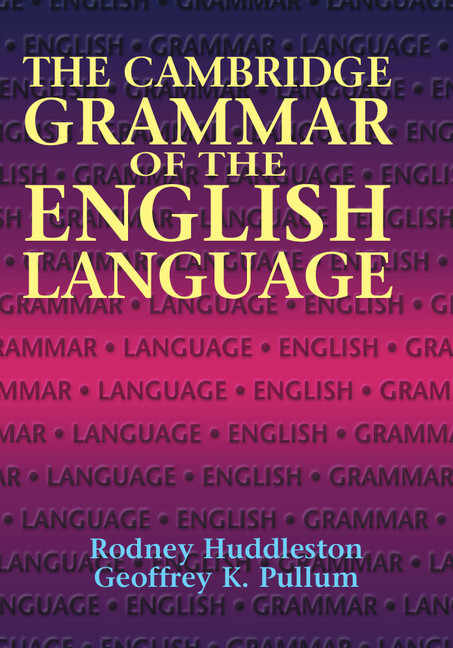 The Cambridge Grammar of the English Language

This book presents a new and comprehensive descriptive grammar of English, written by the principal authors in collaboration with an international research team of a dozen linguists in five countries. It represents a major advance over previous grammars by virtue of drawing systematically on the linguistic research carried out on English during the last forty years. It incorporates insights from the theoretical literature but presents them in a way that is accessible to readers without formal training in linguistics. It is based on a sounder and more consistent descriptive framework than previous large-scale grammars, and includes much more explanation of grammatical terms and concepts, together with justification for the ways in which the analysis differs from traditional grammar. The book contains twenty chapters and a guide to further reading. Its usefulness is enhanced by diagrams of sentence structure, cross-references between sections, a comprehensive index, and user-friendly design and typography throughout.

'This grammar has benefited from extensive collaboration with scholars who have contributed substantial parts to individual chapters. An impressively voluminous piece of work. A reference work that should be available to all grammarians.' Linguist List
Kunden, die diesen Artikel gekauft haben, kauften auch
Schreiben Sie eine Rezension