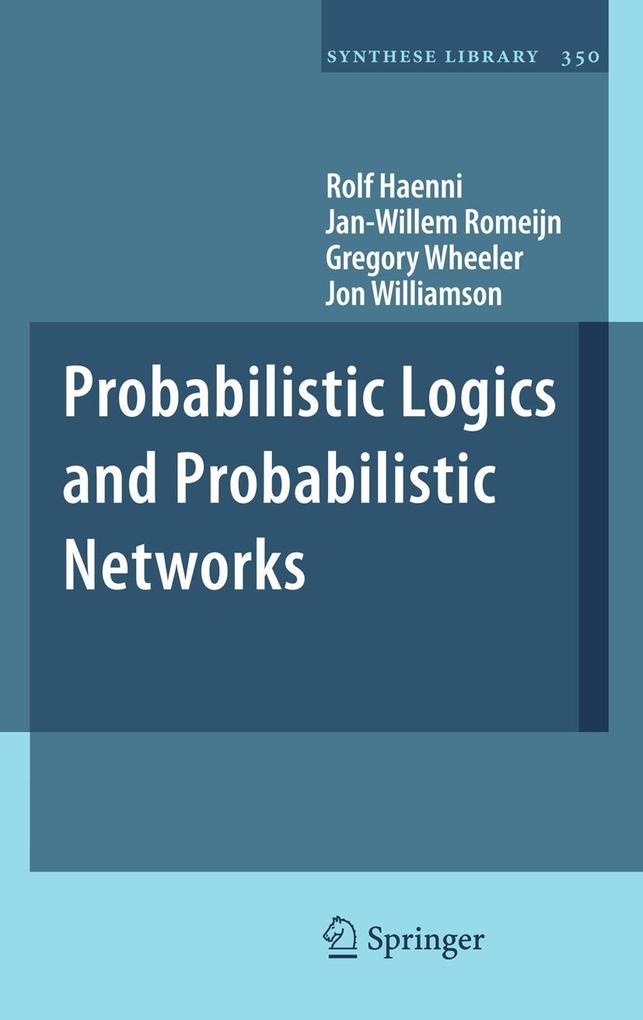 While probabilistic logics in principle might be applied to solve a range of problems, in practice they are rarely applied - perhaps because they seem disparate, complicated, and computationally intractable. This programmatic book argues that several approaches to probabilistic logic fit into a simple unifying framework in which logically complex evidence is used to associate probability intervals or probabilities with sentences. Specifically, Part I shows that there is a natural way to present a question posed in probabilistic logic, and that various inferential procedures provide semantics for that question, while Part II shows that there is the potential to develop computationally feasible methods to mesh with this framework. The book is intended for researchers in philosophy, logic, computer science and statistics. A familiarity with mathematical concepts and notation is presumed, but no advanced knowledge of logic or probability theory is required.

"The authors of this book come from different academic backgrounds and disciplines (evidential probability [Wheeler, computer science]; probabilistic argumentation [Haenni, computer science]; objective Bayesianism [Williamson, philosophy]; and statistical inference [Romeijn, philosophy and psychology]). Their common interest is to investigate different logical and probabilistic inferential systems and to produce an unified view of inference in probabilistic logic. The group also has an eye toward computational feasibility, leading them to investigate applications of probabilistic networks to the inferential systems they try to unify. This book is the result of research began in 2005 as part of a program called Progic funded by the Leverhulme Trust. The project sponsored a series of excellent conferences centering on the problem of integrating logic and probability. While the focus of the book is probabilistic and statistical inference, it could perfectly well serve as an introduction to the different inferential systems the authors consider. The book represents a valuable step towards a solution of the difficult and interesting problems which arise when trying to combine probability and logic."
Horacio Arlo-Costa, Carnegie Mellon University, Pittsburgh, U.S.A.
'Rolf Haenni, Jan-Willem Romeijn, Gregory Wheeler and Jon Williamson make a heroic tour de force through these theories of probabilistic reasoning, with the aim of identifying a unifying overarching framework.'
Jan Sprenger, Tilburg Center for Logic and Philosophy of Science in Metascience, The Netherlands
Read the complete review: http://www.springerlink.com/content/pr7j017516052304/