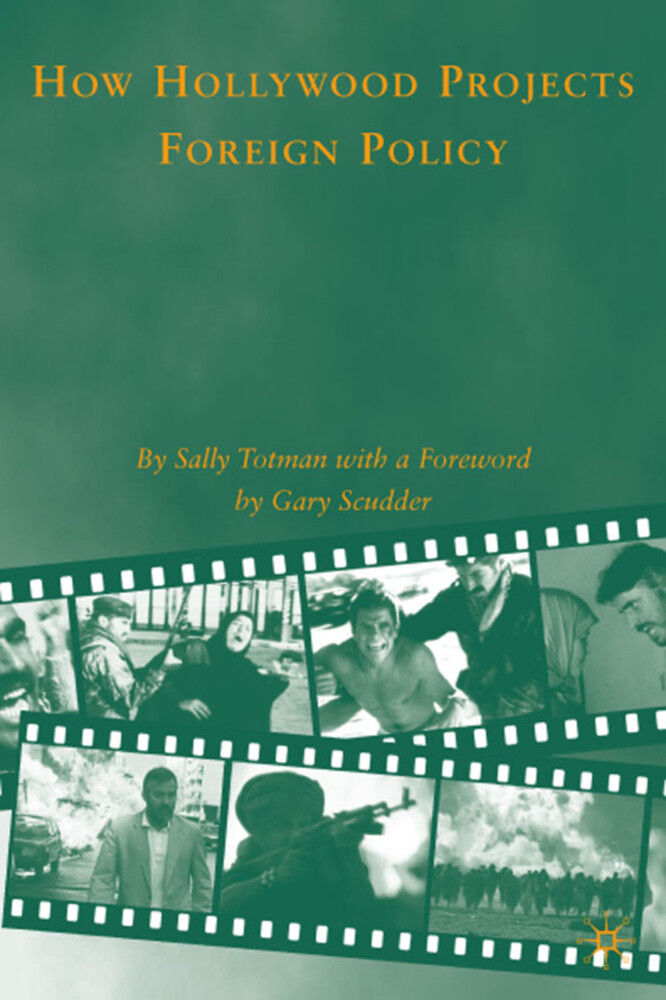 von S. Totman
Auflage 2009. Sprache: Englisch.
Buch (gebunden)
This book examines US foreign policy toward the so-called 'rogue states' and the products of the Hollywood film industry in relation to these states, which promises to make a significant contribution to our understanding of the 'soft power' that is p … weiterlesen
Dieser Artikel ist auch verfügbar als:
Geschenk per Mail versenden
Buch (gebunden)

This book examines US foreign policy toward the so-called 'rogue states' and the products of the Hollywood film industry in relation to these states, which promises to make a significant contribution to our understanding of the 'soft power' that is popular culture.

Foreword; G.Scudder The End of the Cold War: Rogue States and their Characteristics The Islamic Republic of Iran The Republic of Cuba The Great Socialist People's Libyan Arab Jamahiriya The Republic of Iraq The Democratic People's Republic of Korea The Republic of Sudan The Syrian Arab Republic Appendix I: Transcripts of President Clinton's Two Speeches Following the US Air Strikes against Sudan and Afghanistan Appendix II: Examples of Hollywood Films that Have and Have Not Received Pentagon Assistance

SALLY TOTMAN is a Lecturer in Middle Eastern Studies in the School of International and Political Studies at Deakin University, Australia.

"The nexus between Hollywood, U.S. diplomacy, and the portrayal of Washington's foreign enemies is skilfully examined in Sally Totman's original inter-disciplinary study. Her theoretical and empirical analysis reveals the extent to which Hollywood has been complicit in selling Washington's world view. In particular, Dr. Totman examines the methodology of demonising Washington's adversary du jour, especially those 'rogue states' in the Middle East who have frustrated or thwarted the America's geopolitical ambitions. This is an impressive and important study which provides a vital, often ignored context to the making and selling of U.S. foreign policy. Without an understanding of the role of popular culture in building domestic support for U.S. interventions around the world in countries such as Iraq, our knowledge of the subject will remain impoverished. This gap has now been filled."--Dr. Scott Burchill, School of International and Political Studies, Deakin University, and author of "The National Interest in International Relations Theory" "This is a cogent and valuable contribution given that we are rapidly moving from a textual age, in which people have learnt about the world predominantly by reading, to a visual age, where visual media (including the internet) are the primary means of formulating worldviews and identities. One of the ironies may be that film itself is becoming passe as the media of choice for the younger generation. This book encourages us to wait and watch for Hollywood's response to this challenge."--Dr. David Hundt, Deakin University, Melbourne, and author of "Korea's Developmental Alliance"