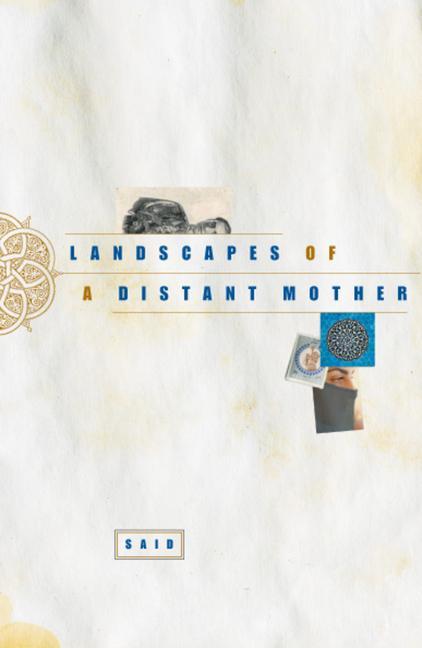 Landscapes of a Distant Mother

Exiled from both his mother and his mother country of Iran, eminent immigrant writer SAID (who uses only his first name for security reasons) writes the wrenching tale of his eventual reunion with his mother and the oppression suffered under the Islamic dictatorship that has shadowed both their lives.

Said, who publishes only under his first name for security reasons, was born in Tehran in 1947. He is the author of several books, only one of which, Be to Me the Night: Love Poems, has been translated into English. The recipient of numerous awards, including the Premio Letterario Internazionale "Jean Monnet" and the German PEN Center's Hermann-Kesten Medal, he served as president of the German PEN Center and director of the Writers in Prison Committee of International PEN. Kenneth J. Northcott is professor emeritus of German at the University of Chicago. He has translated a number of books for the University of Chicago Press.

"The Iranian-born SAID has been exiled in Germany for over 35 years and writes in German. He uses only his last name for what he claims are security reasons. Yet he packs volumes into this brief, poetic memoir. How does one prepare to meet a mother seen only once since birth? The book follows his preparations for the meeting, the meeting itself, and then the aftereffects, which lasted ten years before he could write about it. The portrait he presents is of a man trying hard not to be swallowed up by his mother's love and of a strict, self-centered woman who is faithful to a regime he long ago left behind. Readers quickly realize that this woman has reappeared merely to exonerate herself from blame. Once that is accomplished, her son fades back into nonexistence. 'We did not become lovers, ' he confesses, startling readers with his choice of words. This book fascinates with its detailed portrait of a foreign culture and forges an emotional connection with anyone who's ever been a son, daughter, or mother."
--Rochelle Ratner "Library Journal "