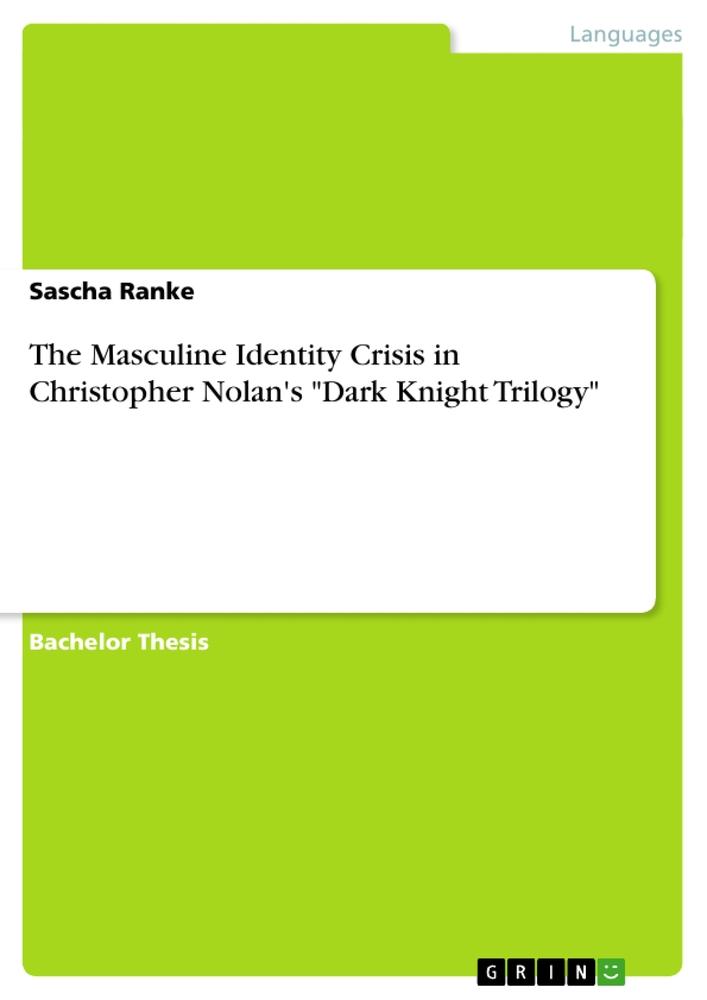 Bachelor Thesis from the year 2013 in the subject English - Literature, Works, grade: 1,7, University of Hannover (Philosophisch Fakultaet), language: English, abstract: Men find themselves searching for their position in a world in which gender conceptions are drastically changed and redefined. The past discussions of women's roles have left their male counterparts in an undefined, blank space. Modern popular culture, such as the movie industry, uses the elusiveness of modern gender conceptions to question the antique hierarchy of the white male protagonist as the hero and savior of the world. Walter Hollstein (Was vom Manne uebrig blieb - Krise und Zukunft des straken Geschlechts) and R.W. Connell (Men and the Boys) investigate in their works the shift within masculine identity. In their research they make an attempt to answer the questions whether men need to be heroes, what roles their bodies play and how childhood (in regards to the parent-child relationship) effects the individual conception of masculinity. Chris Holmlund explores The Masculinity as Multiple Masquearde as the reinforcement of hegemonic power relations. And in Hard Bodies - Hollywood Masculinity in the Reagan Era Susan Jefferson provides a detailed observation of the beginnings of openly emphasized masculine body images in the 1980s.
The result, is the strive of movie directors to create protagonists who are the representation of such a lost, white, heroic individual. Does this description of a lost, masked, lonesome hero sound familiar? Indeed, Director Christopher Nolan shapes this character in his Dark Knight trilogy. But how did he manage to change a cultural icon from the 20th century, a man in purple tights, into the dark cynical postmodern anti-hero?
My Bachelor thesis is: Christopher Nolan's Dark Knight trilogy cinematicly denounces Batman as the agent for the masculine crisis in modern Hollywood.
In order to proof this thesis, my paper scientifically analyzes the effects used in the trilogy to highlight the change of masculine gender conception and where it fails to accomplish this goal.
First of all, the paper starts with the cinematography, Nolan uses to reinforce the theme of an orphaned, masked, vigilante superhero questioning the hierarchy of society. Low key lighting reinforces the dark, cynical mood transmitted in the movie. The various ways of framing the shots that underline a hero who physically flies above the roofs of Gotham and metaphorically above the law. Speed and length of shots draw a clear distinction between Bruce Wayne and his alter ego Batman.
Further more, the director's use of the mis-en-scene...
Kunden, die diesen Artikel gekauft haben, kauften auch
Schreiben Sie eine Rezension