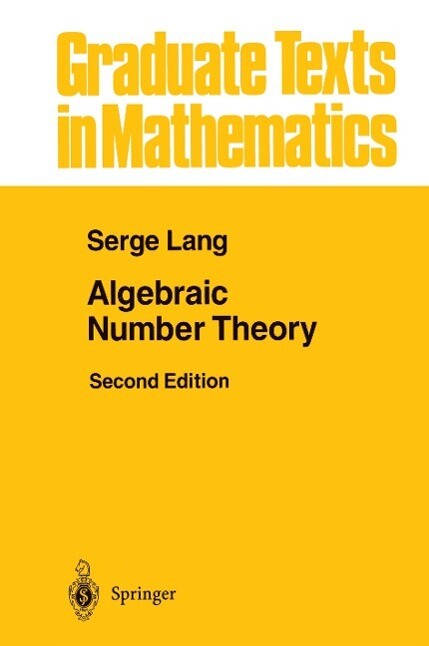 The present book gives an exposition of the classical basic algebraic and analytic number theory and supersedes my Algebraic Numbers, including much more material, e. g. the class field theory on which 1 make further comments at the appropriate place later. For different points of view, the reader is encouraged to read the collec tion of papers from the Brighton Symposium (edited by Cassels-Frohlich), the Artin-Tate notes on class field theory, Weil's book on Basic Number Theory, Borevich-Shafarevich's Number Theory, and also older books like those of W eber, Hasse, Hecke, and Hilbert's Zahlbericht. It seems that over the years, everything that has been done has proved useful, theo retically or as examples, for the further development of the theory. Old, and seemingly isolated special cases have continuously acquired renewed significance, often after half a century or more. The point of view taken here is principally global, and we deal with local fields only incidentally. For a more complete treatment of these, cf. Serre's book Corps Locaux. There is much to be said for a direct global approach to number fields. Stylistically, 1 have intermingled the ideal and idelic approaches without prejudice for either. 1 also include two proofs of the functional equation for the zeta function, to acquaint the reader with different techniques (in some sense equivalent, but in another sense, suggestive of very different moods).

Second Edition
S. Lang
Algebraic Number Theory
"This book is the second edition of Lang's famous and indispensable book on algebraic number theory. The major change from the previous edition is that the last chapter on explicit formulas has been completely rewritten. In addition, a few new sections have been added to the other chapters . . . Lang's books are always of great value for the graduate student and the research mathematician. This updated edition of Algebraic number theory is no exception."-MATHEMATICAL REVIEWS