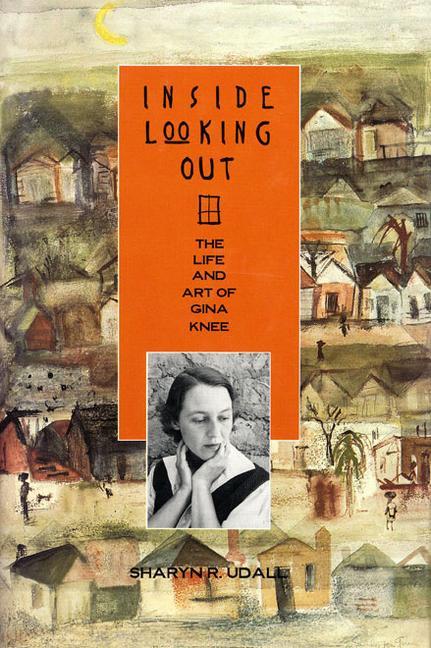 Inside Looking Out: The Life and Art of Gina Knee

von Sharyn R. Udall
New. Sprache: Englisch.
Buch (gebunden)
American painter Gina Knee (1898-1982) is an important, virtually unacclaimed artist, whose career stretched over five decades and many locations: she worked in the Southwest, the South, California, and New York. Starting in the 1940s she was given s … weiterlesen
Geschenk per Mail versenden
Buch (gebunden)

Titel: Inside Looking Out: The Life and Art of Gina Knee
Autor/en: Sharyn R. Udall

American painter Gina Knee (1898-1982) is an important, virtually unacclaimed artist, whose career stretched over five decades and many locations: she worked in the Southwest, the South, California, and New York. Starting in the 1940s she was given solo shows on both coasts, and her work found its way into major public and private collections. She knew and exhibited with some of the major artists of her day: Jackson Pollock, Willem de Kooning, Mark Tobey, and her third husband Alexander Brook. Yet, like many artists--especially women--working on the fringes of mainstream art movements, her achievements have been nearly forgotten in the rush to create art superstars. This book is an in-depth examination of the artist's life and work, from hesitant artistic beginnings to a culmination in highly original paintings reflecting her modernist and abstract vision. Inside Looking Out reflects too the recent recognition in art history that art is as much a product of culture as it is the elusive, privileged activity of the isolated genius. Knee's efforts to find the delicate balance between marriage and her life's work is a central theme of the book, traced in her letters and conversations with friends. Her story gives new insight into American art and life at mid-century. Gina modified her schedule to suit the demand of her husband's. They rose early, she prepared his breakfast and packed his lunch, then drove him to work in the pre-dawn rushing traffic. Returning home, she faced the new tasks of managing the household without help. Dishwashing, making beds, dusting, laundry--all the things middle class women took for granted in the 1940s--these were frustrating and time-consuming. It just takes hours for me to do what an organized housewife does in one, she complained. Gina's affluent upbringing and the ease of finding servants in Santa Fe had accustomed her to hours of time spent as she chose. In wartime Los Angeles, when servants were impossible to find, she suddenly had to do everything, and it soon began to feel burdensome. Forced to sacrifice precious studio time to the demands of a repetitious household routine, she came face to face with a new reality: that she must now give up a certain amount of control over her own life. Money, her own independent income, had formerly given her the luxury of time--time to be used as a man does, in professional activity, freed from enervating household chores. Now the leveling effect of the war reminded her firmly that she was a woman, in a situation where affluence could not buy the uninterrupted freedom to create. Her life was turned upside down, her priorities questioned, her relationship with Ernie [Knee] strained.

Schreiben Sie eine Bewertung für: Inside Looking Out: The Life and Art of Gina Knee