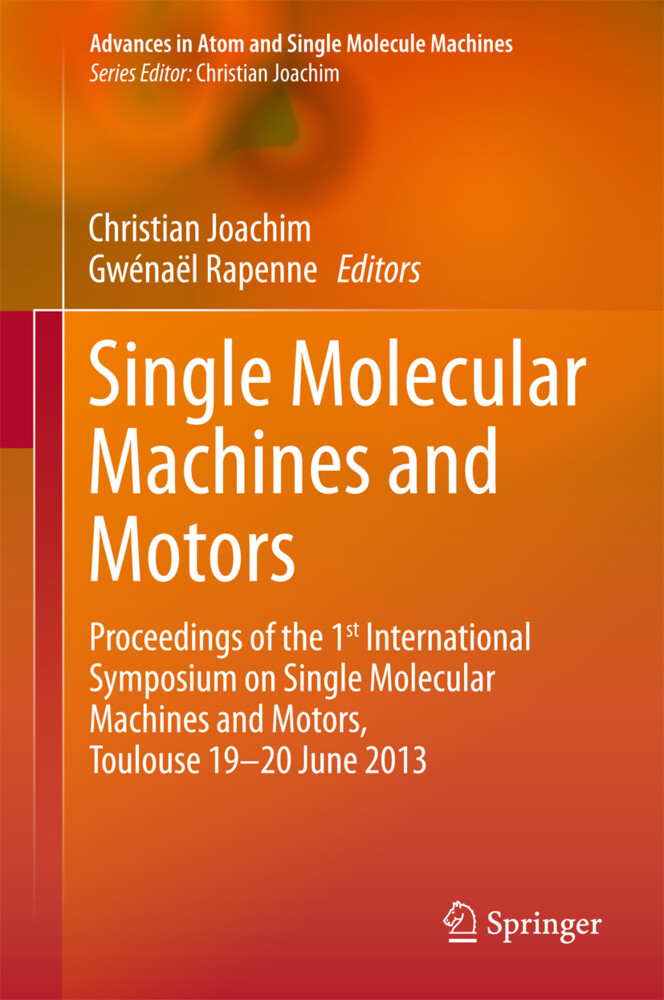 Single Molecular Machines and Motors brings together different approaches and strategies to design, synthesize and study single molecular machines and motors in a multidisciplinary way. Written by leading international experts, this book summarizes the advances in the field through a number of disciplines. Some contributions describe molecular chemistry such as organic, aromatics, and coordination chemistry while others address theoretical chemistry in a predictive way or through post-experimental modelling. Experimental physics with extensive use of scanning probe microscopy (STM and AFM) is discussed for examining one single molecule. This book is aimed at those who are interested in the rapidly growing field of molecular machines and motors acting and studied at the single-molecule scale. The goal of the authors and editors is to provide the reader with an up-to-date summary while also offering future perspectives on the field.

Gwénaël Rapenne obtained his PhD in 1998 from Louis Pasteur University of Strasbourg under the supervision of Dr Jean-Pierre Sauvage and Dr Christiane Dietrich-Buchecker (molecular and supramolecular chemistry). After spending one year as Lavoisier postdoctoral fellow working on Fullerenes with Prof. François Diederich at ETH Zürich (Switzerland), he joined the NanoSciences Group at CEMES (CNRS). He is now full professor at the University Paul Sabatier of Toulouse. He is the author of more than 50 publications  (h=23). His research focuses on the design and synthesis of molecular machines (nanovehicles, motors, gears ...) for their study and manipulation at the single molecular scale.
Christian Joachim is CNRS Director of Research, Nanosciences group at CEMES/CNRS and adjunct Professor of Quantum Physics at Sup'Aero (ISAE) Toulouse. In Singapore, he is A*STAR VIP at IMRE on atom technology and head of the WPI MANA-NIMS satellite in Toulouse. He coordinated European projects like "Bottom-up Nanomachines" and "Pico-Inside". He is currently coordinating the large European integrated project AtMol (2011-2014) to build the first ever molecular chip. He is the author of more than 200 scientific publications (h=49) and has presented over 300 invited talks on electron transfer through a molecule, STM and Atomic Force Microscopy (AFM) image calculations, tunnel transport through a molecule, molecular devices, nanolithography and single molecule machines. His book: "Nanosciences, the invisible revolution" (World Scientific, 2009) is presenting the history of Nanosciences and its political drawbacks to a general public.