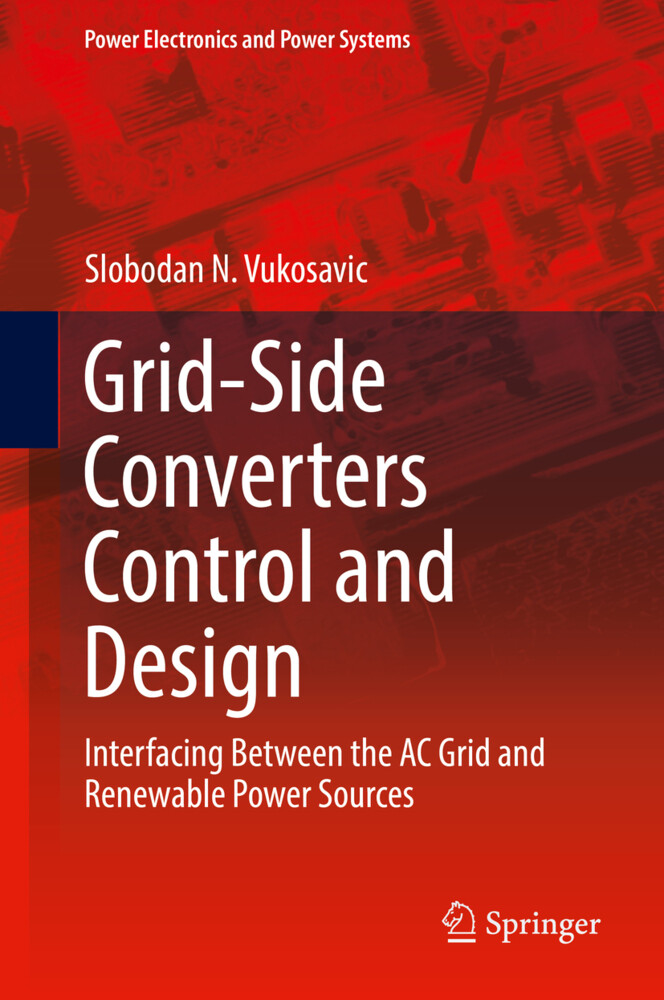 This textbook is intended for engineering students taking courses in power electronics, renewable energy sources, smart grids or static power converters. It is also appropriate for students preparing a capstone project where they need to understand, model, supply, control and specify the grid side power converters. The main goal of the book is developing in students the skills that are required to design, control and use static power converters that serve as an interface between the ac grid and renewable power sources. The same skills can be used to design, control and use the static power converters used within the micro-grids and nano-grids, as the converters that provide the interface between such grids and the external grid. The author's approach starts with basic functionality and the role of grid connected power converters in their typical applications, and their static and dynamic characteristics. Particular effort is dedicated to developing simple, concise, intuitive and easy-to-use mathematical models that summarize the essence of the grid side converter dynamics. Mathematics is reduced to a necessary minimum, solved examples are used extensively to introduce new concepts, and exercises are used to test mastery of new skills.

Slobodan Vukosavic teaches graduate and postgraduate courses in electric machines, digital control of electrical drives and electric vehicles, and serves as Head of the Power Engineering Department at the University of Belgrade. His scientific interests are in areas of electromechanical conversion, mechatronics, modelling and identification, DSP-based control of power converters & drives and industry automation. He published over 50 international journal papers and completed 37 large scale R/D projects in Europe and the U.S. His work is referenced in the SCI (over 50), as well as in reference books such as the Willey Encyclopaedia of Electrical and Electronics Engineering. He founded the Laboratory for Digital Control of PC and Drives,, subsuming the R/D efforts of several postgraduates and R/D engineers, related to IR, Philips, Semicron, GE, MOOG, Emerson Electric, TI, Schneider, Sever and other centres in Serbia and abroad.
Prof. Vukosavic conceptualized and designed motion control systems applied at the leading car manufacturer's (Fiat, Renault, Peugeot etc.). He was the leading designer of digital multiaxis platforms for industrial robots for several U.S. and European manufacturers (EL-GE, Polimotor, Vickers, Eaton, MOOG) and coordinated design of the first automotive robot based on the integral drive concept and the Real-Time Ethernet host link. His current interests include devices and controls reducing the emission and pollution of power plants, the energy efficiency and advanced drive concepts.