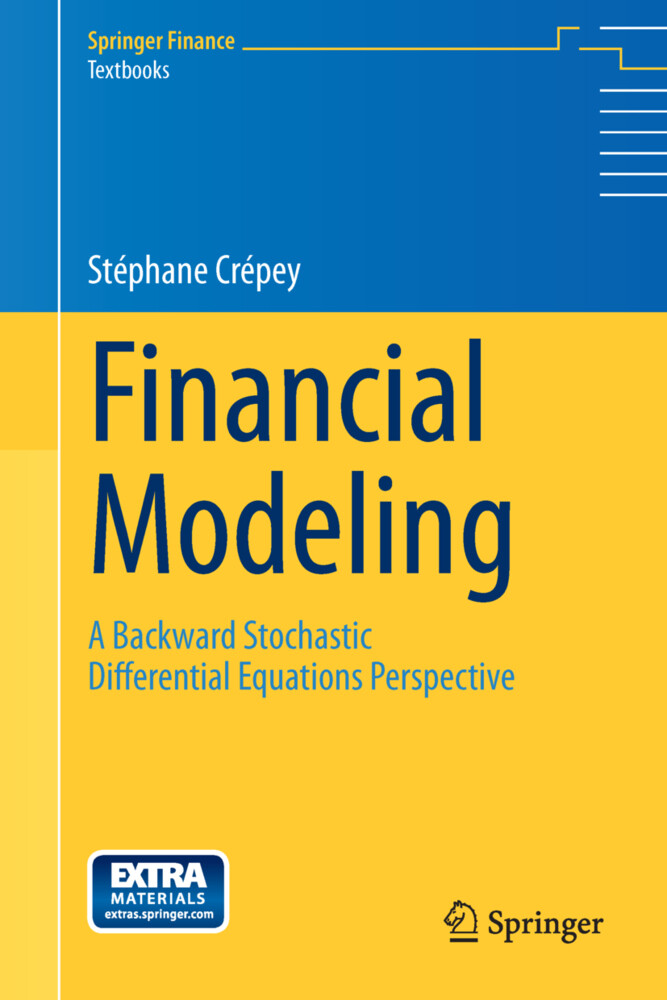 Backward stochastic differential equations (BSDEs) provide a general mathematical framework for solving pricing and risk management questions of financial derivatives. They are of growing importance for nonlinear pricing problems such as CVA computations that have been developed since the crisis. Although BSDEs are well known to academics, they are less familiar to practitioners in the financial industry. In order to fill this gap, this book revisits financial modeling and computational finance from a BSDE perspective, presenting a unified view of the pricing and hedging theory across all asset classes. It also contains a review of quantitative finance tools, including Fourier techniques, Monte Carlo methods, finite differences and model calibration schemes. With a view to use in graduate courses in computational finance and financial modeling, corrected problem sets and Matlab sheets have been provided. Stéphane Crépey's  book starts with a few chapters on classical stochastic processes material, and then... fasten your seatbelt... the author starts traveling backwards in time through backward stochastic differential equations (BSDEs). This does not mean that one has to read the book backwards, like a manga! Rather, the possibility to move backwards in time, even if from a variety of final scenarios following a probability law, opens a multitude of possibilities for all those pricing problems whose solution is not a straightforward expectation. For example, this allows for framing problems like pricing with credit and funding costs in a rigorous mathematical setup. This is, as far as I know, the first book written for several levels of audiences, with applications to financial modeling and using BSDEs as one of the main tools, and as the song says: "it's never as good as the first time". Damiano Brigo, Chair of Mathematical Finance, Imperial College London While the classical theory of arbitrage free pricing has matured, and is now well understood and used by the finance industry, the theory of BSDEs continues to enjoy a rapid growth and remains a domain restricted to academic researchers and a handful of practitioners. Crépey's book presents this novel approach to a wider community of researchers involved in mathematical modeling in finance. It is clearly an essential reference for anyone interested in the latest developments in financial mathematics.       Marek Musiela, Deputy Director of the Oxford-Man Institute of Quantitative Finance