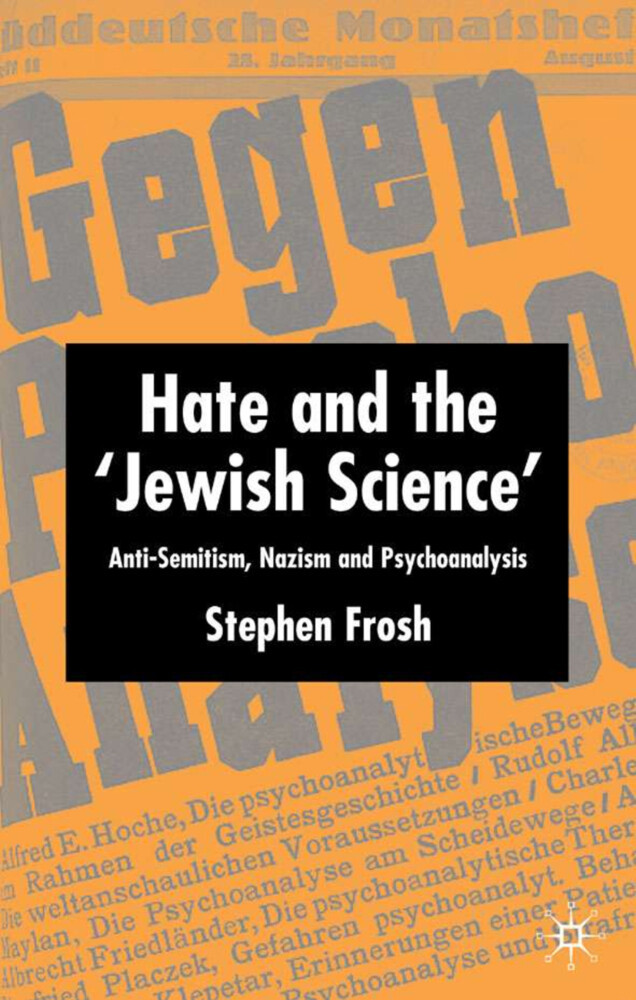 Hate and the 'Jewish Science'

Psychoanalysis has always grappled with its Jewish origins, sometimes celebrating them and sometimes trying to escape or deny them. Through exploration of Freud's Jewish identity, the fate of psychoanalysis in Germany under the Nazis, and psychoanalytic theories of anti-Semitism, this book examines the significance of the Jewish connection with psychoanalysis and what that can tell us about political and psychological resistance, anti-Semitism and racism.

'It should be required reading for all those involved in the teaching of psychology. The fourth and fifth chapters are quite simply masterpieces.' - The Psychologist

'Stephen Frosh has assembled a powerful and important book analyzing racism...There is plenty of detail here, a good use of sources, and these chapters will be good for anyone who wants to teach this history.' - Joseph Schwartz, British Journal of Psychotherapy

'Stephen Frosh...has written a fascinating, insightful and provocative analysis of the ways in which Freudian psychoanalysis was constructed by both its practitioners and its anti-Semitic opponents'.

- Geoffrey Cantor, University of Leeds, The British Journal for the History of Science