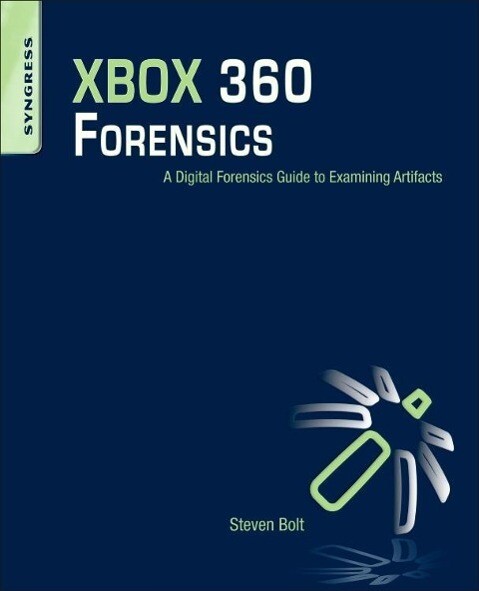 Game consoles have evolved to become complex computer systems that may contain evidence to assist in a criminal investigation. From networking capabilities to chat, voicemail, streaming video and email, the game consoles of today are unrecognizable from complex computer systems. With over 10 million XBOX 360s sold in the United States the likelihood that a criminal investigator encounters an XBOX 360 is a certainty. The digital forensics community has already begun to receive game consoles for examination, but there is no map for them to follow as there may be with other digital media. "XBOX 360 Forensics" provides that map and present the information for the examiners in an easy to read, easy to read format.
Game consoles are routinely seized and contain evidence of criminal activity
Author Steve Bolt wrote the first whitepaper on XBOX investigations

Steven Bolt is currently a Sr. Incident Response and Forensics Team Leader for a global corporation. Previously he worked as a Security Operations Center Manager and as a Computer Forensics Leader, Instructor and course developer at the Defense Cyber Investigations Training Academy. He holds several industry certifications.

"A very timely reference for forensic examiners, with a wealth of tools and processes for all aspects of the Xbox console. The author takes a unique approach of not just relaying details, but guiding the reader along a forensic adventure to explore the Xbox 360."--Brian Baskin, Senior Consultant, cmdLabs "Xbox 360 Forensics is a handy reference and a good introduction. [T]his book is not a simple step-by-step walkthrough but a very good starting point for the reader's own forensic investigations."--Computers and Security