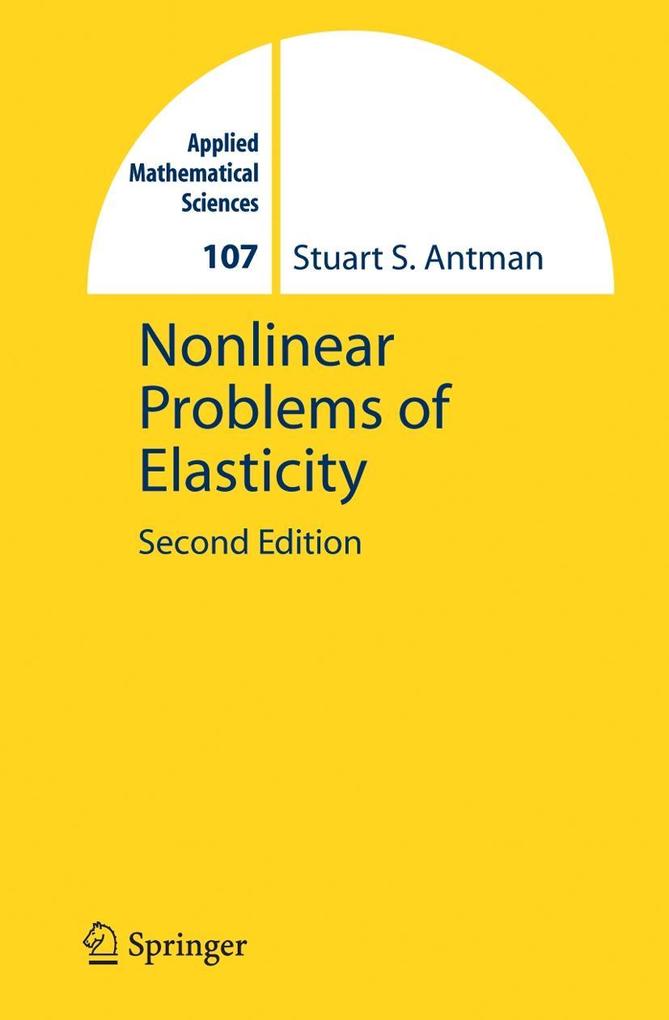 "This second edition accounts for the developments since the first edition was published, and differs from the first edition in many points. The book has been reorganized and several parts have been added. ... The already impressive body of references has been further expanded. The reviewer highly recommends this book both to graduate students and to scholars interested in the theory of elasticity." (Massimo Lanza de Cristoforis, Mathematical Reviews, Issue 2006 e)

"The second extended edition of the reviewed monograph gives a fundamental presentation of problems of nonlinear elasticity. Every chapter is equipped by instructive exercises, unsolved problems and exhaustive historical comments. The book could be very useful to applied mathematicians and engineers using in their works the elasticity theory and ... to specialists dealing with applications of differential equations and bifurcation theory." (Boris V. Loginov, Zentralblatt MATH, Vol. 1098 (24), 2006)

"Antman's impressive work is ... a comprehensive treatise on nonlinear elasticity and a quintessential example of applied nonlinear analysis. ... The text has been revised and updated, Several new sections have been added ... This book is a 'must' for researchers and graduate students interested in nonlinear continuum mechanics and applied analysis. The work is scholarly and well written. ... 'This book is directed toward scientists, engineers, and mathematicians who wish to see careful treatments of uncompromised problems.'" (Timothy J. Healey, SIAM Review, Vol. 49 (2), 2007)