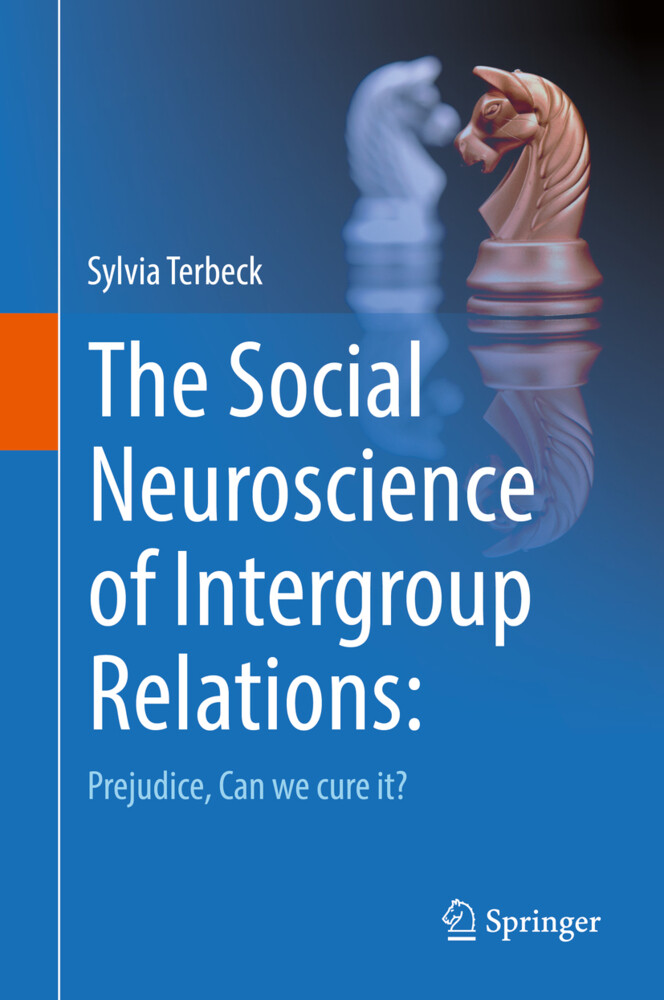 The Social Neuroscience of Intergroup Relations

The Social Neuroscience of Intergroup Relations; Prejudice can we cure it?" is a highly interdisciplinary book. It includes latest theories and research from: Social Psychology, Ethics, Psychopharmacology, as well as Social Neuroscience. The book is also based on the author's team research. The book describes experimental studies which have suggested that fear of the out-group might play a role in prejudice. Amongst others, one experiment that received large media coverage will be illustrated; a study which found that the drug propranolol reduced racial bias. However, is there a "cure" for prejudice? But even if there were biological methods to reduce prejudice are there not ethical and medical problems associated with this? However, we are our brain; thus not only soul searching, but also a drug can change the core of a person.

1: Introduction 1.1. What is happening in the brain of such a person? 2: The foundations of prejudice and discrimination 3: The Neuroscience of intergroup relations 3.1. Neuroscience of intergroup relations 3.2. Basics of Psychopharmacology4: Psychopharmacology and prejudice 5: Neuroethics of social enhancement 5.1. What is so bad or different about drugs?6: What should be done? 6.1 Should we cure prejudice?6.2. What is equality? What do we want?

Dr Sylvia Terbeck is a social neuroscientist and lecturer at Plymouth University (United Kingdom). She completed her PhD at Oxford University after her studies in Germany and Austria. Subsequently, she held research positions at Oxford, Bern (Switzerland) and University College London. She published multiple significant scientific papers and received research funding for her work. Dr Terbeck is a true believer in equality of all, which includes racial, sexual, religious as well as political opinions; promoting that everyone is an individual. In 2012 she received the Springer NeuroStar for the most socially discussed paper published in Neuroscience for Springer journals; A striving scientist, with innovative ambitions for science and society.

"It would appeal not only to individuals interested in the subject of psychiatry but also those interested in related fields, like ethics, philosophy, and medicine. Terbeck covers important material in detail, making this book appropriate for individuals with higher educational degrees, but also includes interesting discussion questions at the end of each chapter, making it appropriate for students. ... There are six chapters in this book, and each covers a major area relevant to addressing the book's main questions." (Daniel Marston, PsycCRITIQUES, Vol. 62 (10), March, 2017)