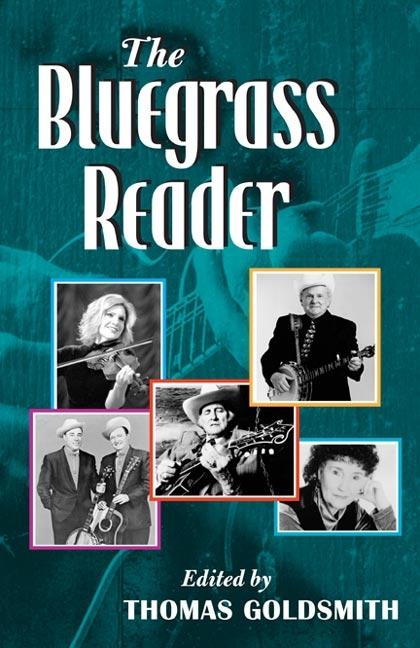 Sprache: Englisch.
Buch (gebunden)
Like rock 'n' roll, bluegrass exploded out of a post-World War II atmosphere in which more Americans opened their ears to more different kinds of music than ever before. All around the country, musicians were searching for new sounds and approaches: … weiterlesen
Geschenk per Mail versenden
Buch (gebunden)

Like rock 'n' roll, bluegrass exploded out of a post-World War II atmosphere in which more Americans opened their ears to more different kinds of music than ever before. All around the country, musicians were searching for new sounds and approaches: country blues went fully electric in Chicago, bebop boiled over as jazz hit the hippest notes yet, and country music followed Hank Williams into newer, sexier, harder-hitting territory. The developments in bluegrass proved every bit as galvanic. In The Bluegrass Reader, Thomas Goldsmith joins his insights as a journalist with a lifetime of experience in bluegrass to capture the full story of this dynamic and beloved music. Inspired by the question "What articles about bluegrass would you want to have with you on a desert island?" he assembled a delicious, fun-to-read collection that brings together a wide range of the very best in bluegrass writing. Goldsmith's judicious selections include a fascinating combination of older, more obscure, and previously unavailable writings with pieces that are classics in the history of writing about bluegrass: Alan Lomax in Esquire, Mayne Smith's groundbreaking dissertation, Ralph Rinzler's Sing Out piece on Bill Monroe, and Mike Seeger's Folkways liner notes. The Bluegrass Reader also features writers as disparate as Marty Stuart, David Gates, and Hunter Thompson writing for such magazines as The New Yorker, Atlantic Monthly, and Muleskinner News. In an age where musical trends flit by like models on a runway, bluegrass has endured changes while faithfully checking its advances against the formative years. Goldsmith follows its history through three roughly twenty-year periods: from 1939 to 1959, from1959 to 1979, and from 1979 to the present. Goldsmith's substantial introduction describes and traces the development of the music from its origins in Anglo-American folk tradition, overlaid with African American influences, to the breakout popularity of Ralph Stanley, Alison

"With its strong selection of articles from a wide range of sources, The Bluegrass Reader makes a significant and much-needed contribution to the literature on bluegrass. Anyone with an interest in the music is bound to find it both enjoyable and indispensable." -- Jon Weisberger, contributing editor to No Depression and the International Bluegrass Music Association's Print Media Person of the Year, 2000