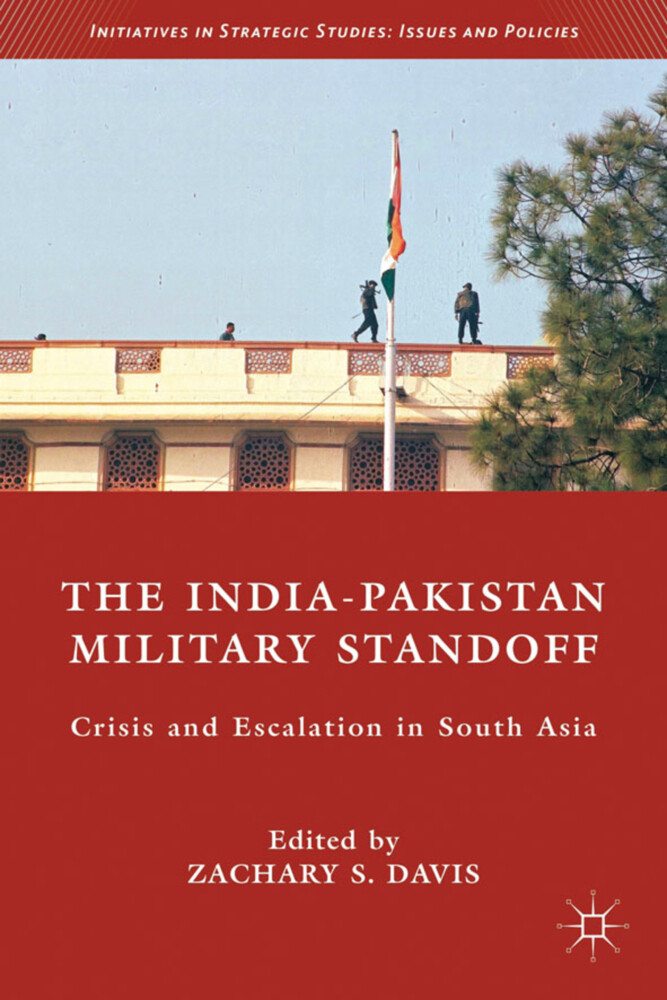 Crisis and Escalation in South Asia. Auflage 2011. XVI, 240 p. Sprache: Englisch.
Buch (gebunden)
This book focuses on the 2001-2002 crisis that brought India and Pakistan to the brink of war. Authors focus on: the political history that led to the crisis; the conventional military environment, the nuclear environment and coercive diplomacy and d … weiterlesen
Dieser Artikel ist auch verfügbar als:
Geschenk per Mail versenden
Buch (gebunden)

This book focuses on the 2001-2002 crisis that brought India and Pakistan to the brink of war. Authors focus on: the political history that led to the crisis; the conventional military environment, the nuclear environment and coercive diplomacy and de-escalation during the crisis; and how South Asia can avoid similar crises in the future.

Conceptualizing Enduring Rivalry and Negotiation Composite Dialogue Process (CDP): A Structured Mechanism for Addressing Indo-Pak Rivalry Bridge Over Troubled Waters: The Indus Waters Treaty The Rann of Kutch Dispute and the Resolution Process Siachen Dispute: A Glacier in Need of Thaw The Sir Creek Dispute: A Case of Compromise Driven by Common Interests The Tulbul Navigation Project/Wular Barrage & Storage Project Dispute: A Casualty of Linkage Politics? Learning from the Past to Address the Present and Shape the Future Annexure I. Text of the Indus Waters Treaty Annexure II. Text of the 1965 Ceasefire Agreement

"This book offers the most detailed and expert analysis in the open literature of the 2001-2002 crisis between India and Pakistan. Not only does it provide new insights into the military and diplomatic moves in South Asia, it also contains important lessons for regional security, alliance relations, coercive diplomacy, crisis management and nuclear deterrence. Given the checkered history between these two South Asian rivals, the cautionary lesson from this volume is powerfully relevant today: that the factors that led to a successful de-escalation in 2001-2002 may no longer be present or effective when the next crisis comes." --Mitchell B. Reiss, President, Washington College and former Director of Policy Planning, U.S. Department of State, 2003-2005"The 2001-2002 confrontation between India and Pakistan was a nuclear near-miss. Dr. Zachary Davis' superbly edited volume places the crisis in historical context and helps us understand how - to borrow a phrase from Thomas Schelling - these two dynamite trucks managed to swerve and avoid a collision. Especially in the contributions from David Smith, Praveen Swami, Gurmeet Kanwal and Feroz Khan, we see how these rivals perceived the crisis and worked to avoid the worst outcome. In an especially valuable chapter by Michael Krepon and Polly Nayak, we also see the important role played by US policy managers. A decade after the crisis, the danger that terrorists will foment another Indo-Pak confrontation persists. This outstanding collection helps us understand how the 2001-02 crisis started and, more importantly, how conflict was averted. As such, it contains critical insights for the optimists about what can be done now to avoid a rerun, while for the pessimists it provides guidance on how to manage the next one." --Neil Joeck, Senior Fellow, Center for Global Security Research, Lawrence Livermore National Laboratory