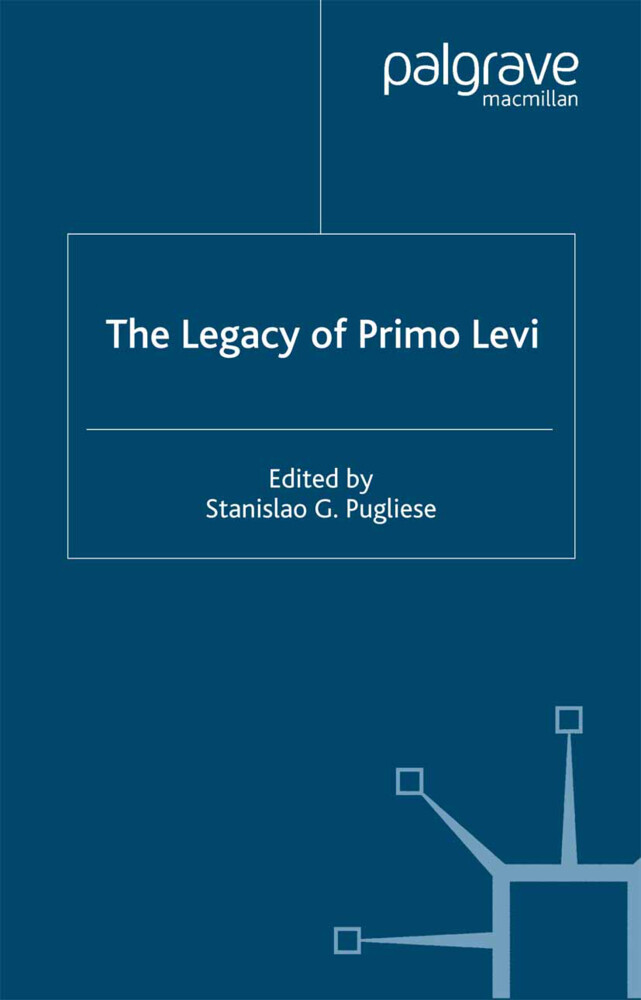 The Legacy of Primo Levi

Titel: The Legacy of Primo Levi

This collection represents some of the latest research on Primo Levi, the famous Auschwitz survivor Italian author, in the field of Italian Studies, Holocaust Studies, Jewish Studies, literary theory, philosophy, and ethics. The author has collected an impressive group of scholars, including Ian Thomson, who has published a well-received biography of Levi in the UK (a US edition is due this year); Alexander Stille, who is a staff writer got the New Yorker as well as for the New York Times (he is also the author of Benevolence and Betrayal: Five Italian Jewish Families under Fascism ); and David Mendel, who knew Levi and had an extensive correspondence with the Italian writer. There are four essays on Levi's complex and fertile theory of the 'Gray Zone' and further essays on the myriad aspects of this thought. This is an excellent collection with new perspectives and interpretations of the life and work of Primo Levi.

"This collection of essays is a symphonic unison of the most comprehensive and lucid, yet accessible, interpretation of Primo Levi s literary work and of his impact on the contemporary cultural consciousness. Primo Levi comes across in these pages as a new Ulysses, an untamed explorer of human nature in times of crisis. His brave intellect is truly a weapon in overcoming desperation and irrationality. In this volume, Primo Levi s Judaism expresses a convincing warning against all forms of violence and nihilism and conveys the purest Italian humanistic spirit. The authors of this book, like a chorus, contribute from very different

perspectives to the most recent insight on Primo Levi s uniqueness among Holocaust witnesses and thinkers." - Massimo Giuliani, Professor of Jewish Studies, University of Trent, Italy

"The Legacy of Primo Levi is a richly valuable collection of essays on the one of the major literary and historical figures of the twentieth century. It approaches Levi's life and work from a wide range of interdisciplinary perspectives: literary, biographical, historical, theological, bibliographical, philosophical, anthropological. The result is often original and thought-provoking, making new and illuminating contacts between Levi and figures stretching from Homer to Viktor Frankl. The book is an important contribution to the growing field of work on Levi." - Robert S.C. Gordon, University of Cambridge, author of Primo Levi's Ordinary Virtues. From Testimony to Ethics

"This collection is an important addition to the constantly expanding body of Levi scholarship. Besides an exhaustive bibliography of scholarly works on Levi in Italian and English, it contains an impressive collection of essays which engage with Levi's work, and with his life and death, from a variety of historical, philosophical, and cultural approaches. The contributions ask new questions on the main themes of Levi's writings - memory, ethics, Jewishness, and Italianness - and revisit well-known pages to arrive at fresh interpretations. Fully accessible to the general reading public, the collection also provides important new perspectives for scholars." - Mirna Cicioni, Monash University, Melbourne, author of Bridges of Knowledge