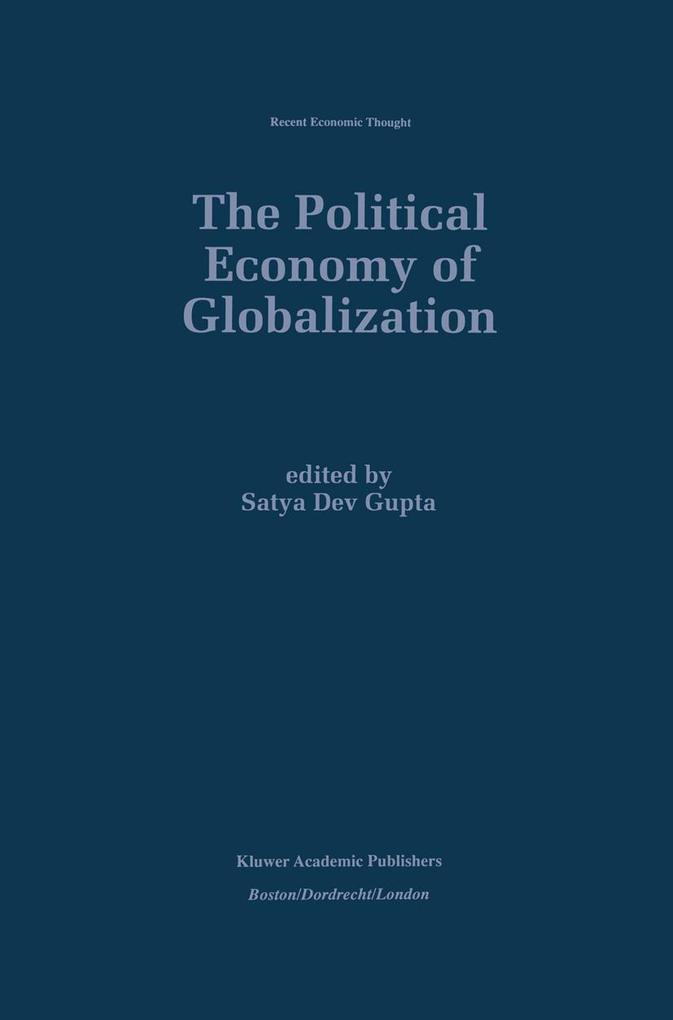 The Political Economy of Globalization

Titel: The Political Economy of Globalization

Globalization is transforming the world at an accelerated pace. Integration of the world continues, widening and intensifying international linkages in economic, political and social relations. Liberalization of trade and fmance, lubricated by revolutionary changes in information technology, has resulted in significant economic growth at the global level. On the other hand, the process of globalization is changing the nature of production relations, threatening the traditional roles of the nation-state, and carrying with it far-reaching implications for sustainable growth, development and the environment. Although both developed and developing countries are actively participating in this saga of globalization, nearly ninety countries, as the United Nations' Human Development Report, 1996 indicates, are worse off economically than they were ten years ago, leading to "global polarization" between haves and have nots. The report further indicates that the gap between the per capita incomes of the industrialized world and the developing countries, far from narrowing, has more than tripled during the last thirty years. Further, a majority of the countries benefitting from this globalization drive have seen a rise in inequality and poverty. This failure of market driven globalization to reward the benefits equitably led the United Nations to proclaim 1996 as the International Year for the Eradication of Poverty (IYEP) and the decade of 1997-2006 as the international decade for the eradication of poverty, and to promote "people-centered sustainable development".