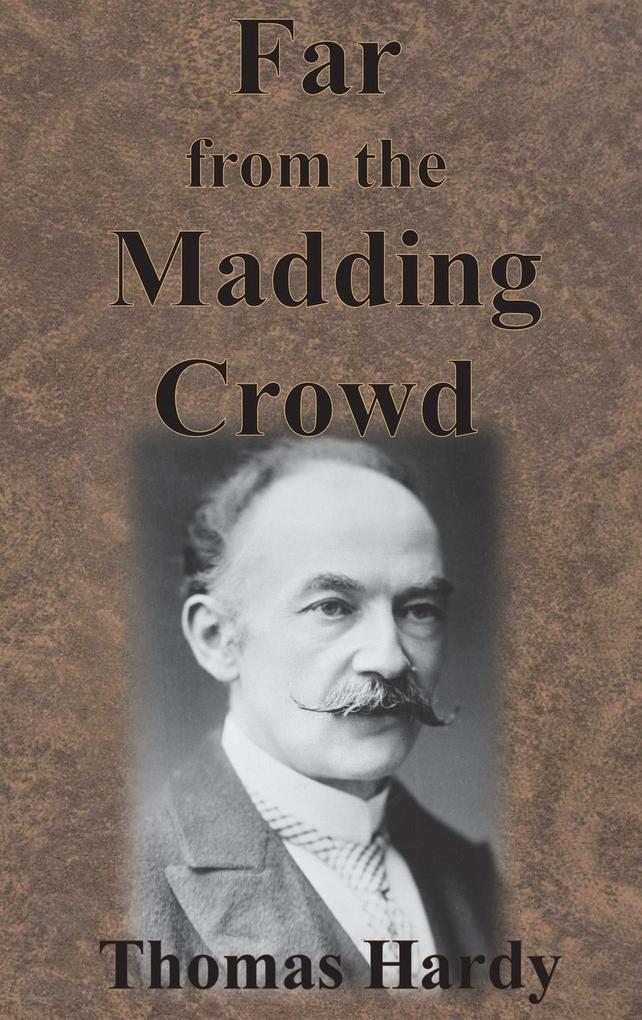 Far from the Madding Crowd

Complete and unabridged, tragedy and true love in the Wessex countryside makes this Thomas Hardy romantic classic a great English novel. Bathsheba Everdene is pursued by Farmer Boldwood, Soldier Troy, and Shepherd Oak. Who will win her heart, if any? Find out in this worthwhile investment of page turning romance.

Thomas Hardy, (born June 2, 1840, Higher Bockhampton, Dorset, England-died January 11, 1928, Dorchester, Dorset), English novelist and poet who set much of his work in Wessex, his name for the counties of southwestern England.

Early Life And Works
Hardy was the eldest of the four children of Thomas Hardy, a stonemason and jobbing builder, and his wife, Jemima (née Hand). He grew up in an isolated cottage on the edge of open heathland. Though he was often ill as a child, his early experience of rural life, with its seasonal rhythms and oral culture, was fundamental to much of his later writing. He spent a year at the village school at age eight and then moved on to schools in Dorchester, the nearby county town, where he received a good grounding in mathematics and Latin. In 1856 he was apprenticed to John Hicks, a local architect, and in 1862, shortly before his 22nd birthday, he moved to London and became a draftsman in the busy office of Arthur Blomfield, a leading ecclesiastical architect. Driven back to Dorset by ill health in 1867, he worked for Hicks again and then for the Weymouth architect G.R. Crickmay.

Though architecture brought Hardy both social and economic advancement, it was only in the mid-1860s that lack of funds and declining religious faith forced him to abandon his early ambitions of a university education and eventual ordination as an Anglican priest. His habits of intensive private study were then redirected toward the reading of poetry and the systematic development of his own poetic skills. The verses he wrote in the 1860s would emerge in revised form in later volumes (e.g., "Neutral Tones," "Retty's Phases"), but when none of them achieved immediate publication, Hardy reluctantly turned to prose.

In 1867-68 he wrote the class-conscious novel The Poor Man and the Lady, which was sympathetically considered by three London publishers but never published. George Meredith, as a publisher's reader, advised Hardy to write a more shapely and less opinionated novel. The result was the densely plotted Desperate Remedies (1871), which was influenced by the contemporary "sensation" fiction of Wilkie Collins. In his next novel, however, the brief and affectionately humorous idyll Under the Greenwood Tree (1872), Hardy found a voice much more distinctively his own. In this book he evoked, within the simplest of marriage plots, an episode of social change (the displacement of a group of church musicians) that was a direct reflection of events involving his own father shortly before Hardy's own birth.