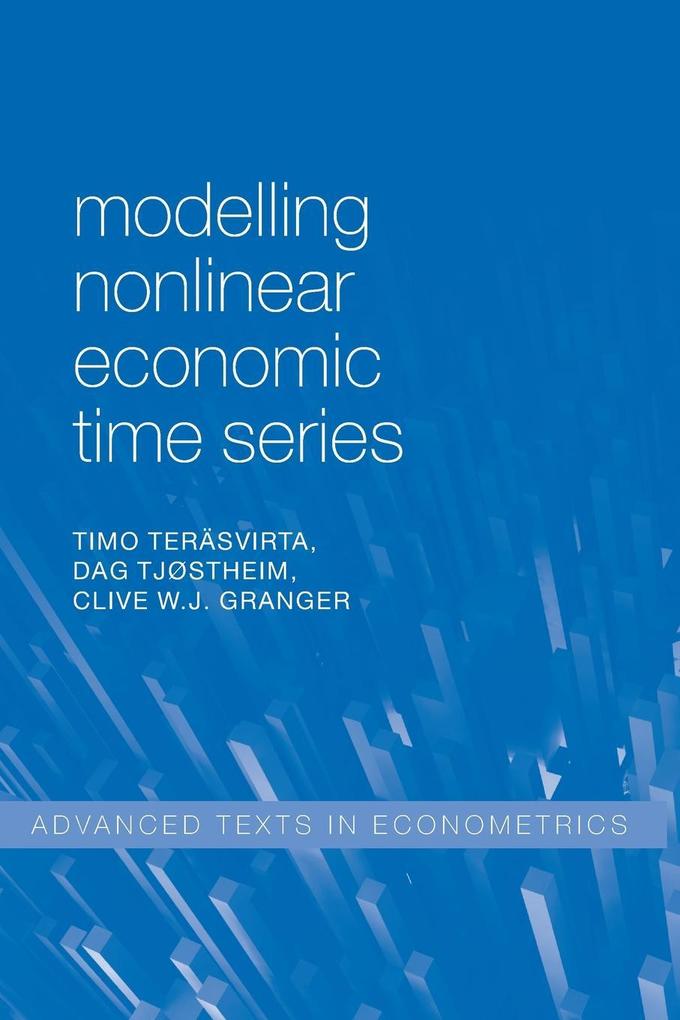 Dag Tjøstheim holds a PhD in Applied Mathematics from Princeton University, 1974. He was Research Scientist at the seismic observatory NORSAR (1974-77) and Associate Professor at the Norwegian Business School (1977-80). He was Visiting Professor at the University of North Carolina, Chapel Hill (1983-84) and at the University of California, San Diego (1990-91). He has been working on time series and related areas in spatial processes including econometrics, fishery statistics, seismology

and meteorology. Tjøstheim has served as main editor of the Scandinavian Journal of Statistics, and as Associate Editor of Bernoulli, Journal of the Royal Statistical Society Series B, and Journal of Time Series Analysis. He is the recipient of the Tjalling Koopmans Prize in Econometric Theory 1999-2002 and

Clive W. J. Granger was Professor Emeritus at the University of California, San Diego. In 2003, he was awarded the Nobel Memorial Prize in Economic Sciences for fundamental discoveries in the analysis of time series data.