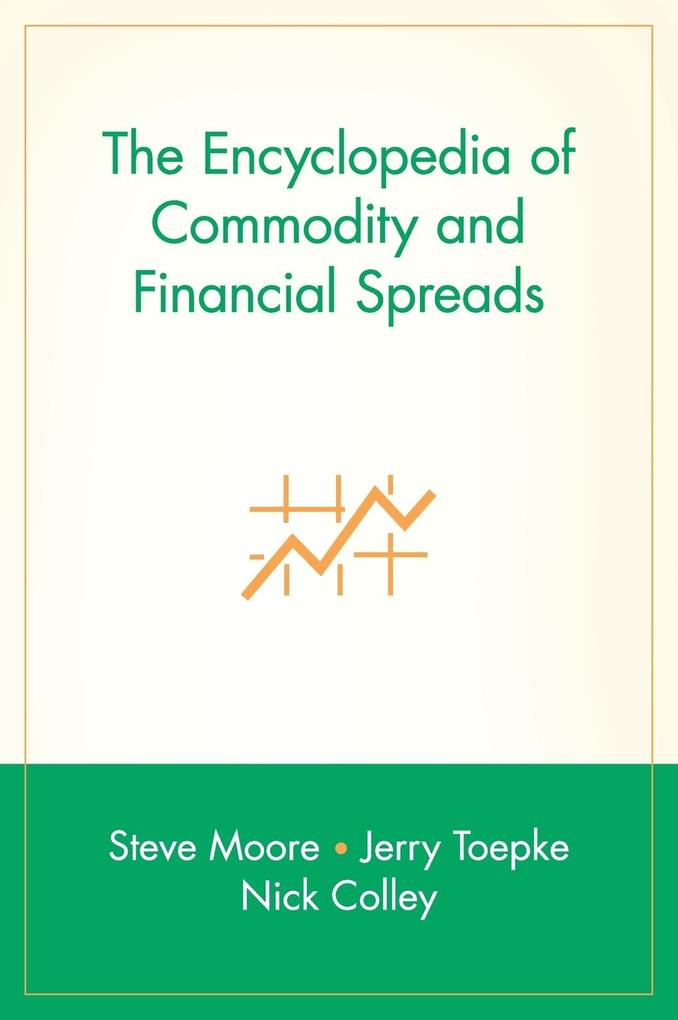 The Encyclopedia of Commodity and Financial Spreads is divided by product category-energy, natural gas, meats, soybeans, corn/wheat, currencies, interest rates, and metals. The precise performance of each spread is identified-over the previous 20 years-and combined with a graph that displays visually the price performance of the spread. For each of the 175 trades identified, there is an explanation of the trade, its history, and advice on how traders should approach the trade.

STEVE MOORE has been trading and researching the futures markets for more than thirty years. He formed Moore Research Center, Inc. (MRCI) in 1989 to provide traders with historical research and seasonal analysis to better trade the commodity markets. MRCI has grown into one of the most respected research firms in the industry and is the unquestioned research leader in the analysis of commodity spreads and seasonals. MRCI's Web page, www.mrci.com, is a leading online resource for spread traders, providing a great deal of free information, as well as a variety of online subscription products. JERRY TOEPKE began studying futures markets in 1977 and has since performed as a private trader and a retail broker. He is currently Editor at MRCI. Jerry considers himself a student of markets, fascinated by their behavior and the functions they perform. Since joining what is now MRCI in 1988, Jerry has learned to appreciate not only the power of seasonal study, but also how it integrates with fundamental and technical analysis. In 1997, he began writing the Weekly Spread Commentary, discussing two upcoming seasonal spread strategies each week as a way to help educate new spread traders and to breathe life into seasonal statistics and charts by adding depth and context. NICK COLLEY has been programming computers for almost thirty years for private industry and the U.S. Air Force (USAF). In the late 1970s and early 1980s, he worked his way through college writing accounting software for small businesses, before enlisting in the USAF. He was also on the development team for the worldwide release of flying hour and training management software. After leaving the USAF, he developed touch screen based point of sale software and terrain analysis software. In 1987, he began working with Steve Moore, initially converting seasonal analysis software from mini-computer to micro-computer platforms. He and Steve have been continually enhancing this software for nearly eighteen years.