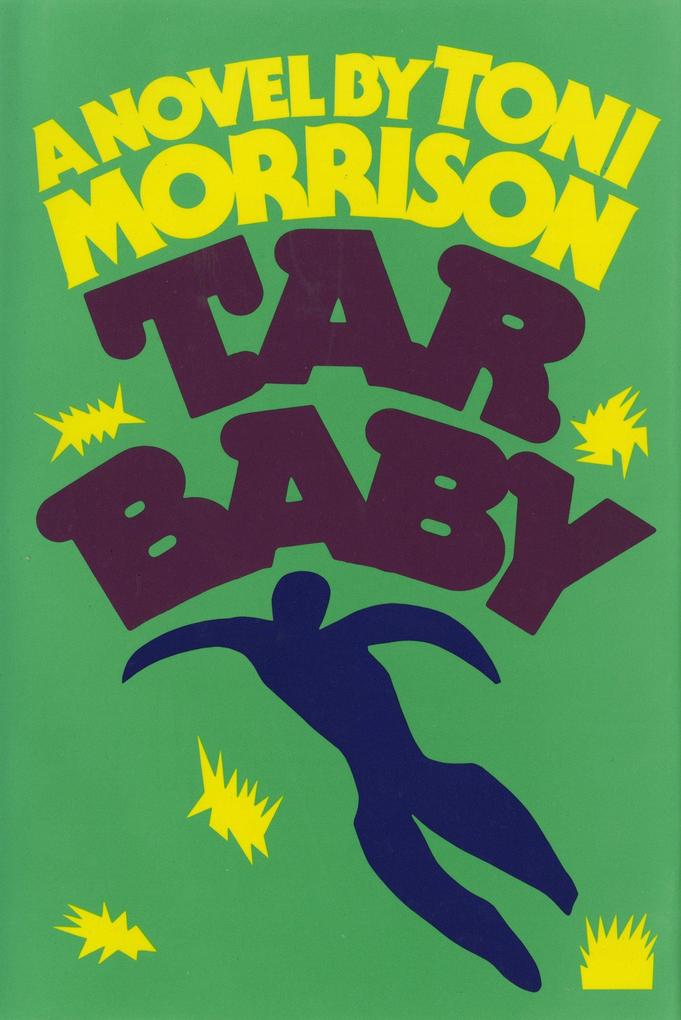 The author of Song of Solomon now sets her extraordinary novelistic powers on a striking new course. Tar Baby, audacious and hypnotic, is masterful in its mingling of tones--of longing and alarm, of urbanity and a primal, mythic force in which the landscape itself becomes animate, alive with a wild, dark complicity in the fates of the people whose drama unfolds. It is a novel suffused with a tense and passionate inquiry, revealing a whole spectrum of emotions underlying the relationships between black men and women, white men and women, and black and white people.

The place is a Caribbean island. In their mansion overlooking the sea, the cultivated millionaire Valerian Street, now retired, and his pretty, younger wife, Margaret, go through rituals of living, as if in a trance. It is the black servant couple, who have been with the Streets for years--the fastidious butler, Sydney, and his strong yet remote wife--who have arranged every detail of existence to create a surface calm broken only by sudden bursts of verbal sparring between Valerian and his wife. And there is a visitor among them--a beautiful young black woman, Jadine, who is not only the servant's dazzling niece, but the protegée and friend of the Streets themselves; Jadine, who has been educated at the Sorbonne at Valerian's expense and is home now for a respite from her Paris world of fashion, film and art.

Through a season of untroubled ease, the lives of these five move with a ritualized grace until, one night, a ragged, starving black American street man breaks into the house. And, in a single moment, with Valerian's perverse decision not to call for help but instead to invite the man to sit with them and eat, everything changes. Valerian moves toward a larger abdication. Margaret's delicate and enduring deception is shattered. The butler and his wife are forced into acknowledging their illusions. And Jadine, who at first is repelled by the intruder, finds herself moving inexorably toward him--he calls himself Son; he is a kind of black man she has dreaded since childhood; uneducated, violent, contemptuous of her privilege.

As Jadine and Son come together in the loving collision they have both welcomed and feared, the novel moves outward--to the Florida backwater town Son was raised in, fled from, yet cherishes; to her sleek New York; then back to the island people and their protective and entangling legends. As the lovers strive to hold and understand each other, as they experience the awful weight of the separate worlds that have formed them--she perceiving his vision of reality and of love as inimical to her freedom, he perceiving her as the classic lure, the tar baby set out to entrap him--all the mysterious elements, all the highly charged threads of the story converge. Everything that is at risk is made clear: how the conflicts and dramas wrought by social and cultural circumstances must ultimately be played out in the realm of the heart.

Once again, Toni Morrison has given us a novel of daring, fascination, and power.

Toni Morrison is the author of eleven novels, from The Bluest Eye (1970) to God Help the Child (2015). She received the National Book Critics Circle Award, the Pulitzer Prize, and in 1993 she was awarded the Nobel Prize in Literature. She died in 2019.