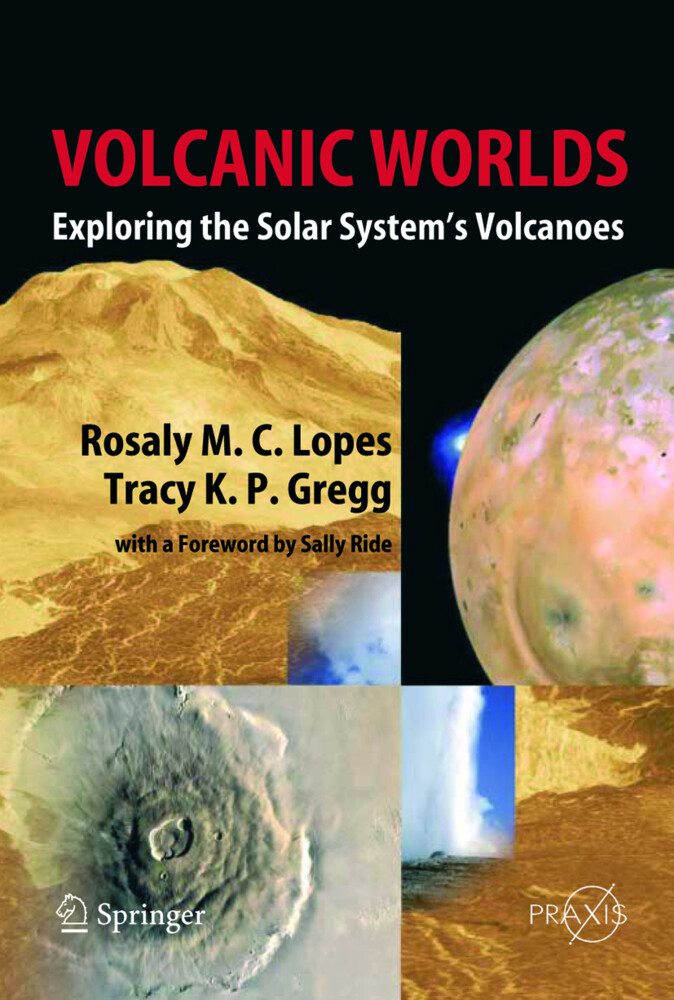 "It is always satisfying to report on a book that is not only up to date and technically informative but also a pleasure to read. This is certainly true of Volcanic Worlds. ... taken together these essays give an excellent survey of volcanism, both on the Earth and wherever it is found to occur on other planets and satellites. The standard of production, including the excellent monochrome and colour images, is excellent. This must surely constitute the best popular introduction to planetary volcanism currently available." (Lionel Wilson, Geological Magazine, Vol. 142 (3), 2005)

"Lopes (Jet Propulsion Laboratory/NASA, Pasadena) and Gregg (SUNY, Buffalo) provide a general overview of volcanic processes solar system-wide. Separate chapters, each contributed by a noted researcher, explore different expressions of volcanic activity on a variety of worlds. ... Also included are perspectives on the careers of the contributors-all respected researchers and all women-illustrating welcome changes in a traditionally male-dominated field. Summing Up: Highly recommended. Lower- and upper-division undergraduates." (J.M. Dahl, CHOICE, Vol. 42 (9), May, 2005)

"Volcanoes were commonplace on Mars and Venus. ... Cryovolcanism, in which internal heating drives water, gases and even solid fragments to the surface, modified the surfaces of Ganymede and Triton. Ancient basaltic lava flows reshaped many lunar craters. All these topics are covered with insight, even cheerfully, in Volcanic Worlds, by Rosaly Lopes and Tracy Gregg. ... and each is enlivened with scientific reminiscences, career notes and numerous illustrations." (NewScientist, November, 2004)

"The breathtaking discoveries of volcanoes on the inner rocky planets and on the icy moons of the outer planets are the subject of this lively and engaging book. ... Part review and part prospectus for young planetary geologists, it is an easy read. The illustrations are dramatic, colourful and often beautiful ... . I recommend this book highly to laypeople and geologists interested in this rapidly advancing subject ... ." (Lewis McCaffrey, Geoscientist, Vol. 15 (12), 2005)

"The enthusiasm of the ladies for their chosen areas shouts loud from the text and I am sure that this will encourage further generations into the science of planetary volcanism. ... The text is easily understood by those without a geological background, without patronizing those who have more in-depth knowledge. There are numerous black-and-white images and coloured plates that illustrate and support the text. ... My message to all ... is to look beyond its all-female production team and go out and buy it!" (Eve Scott, The Observatory, Vol. 125 (1188), 2005)