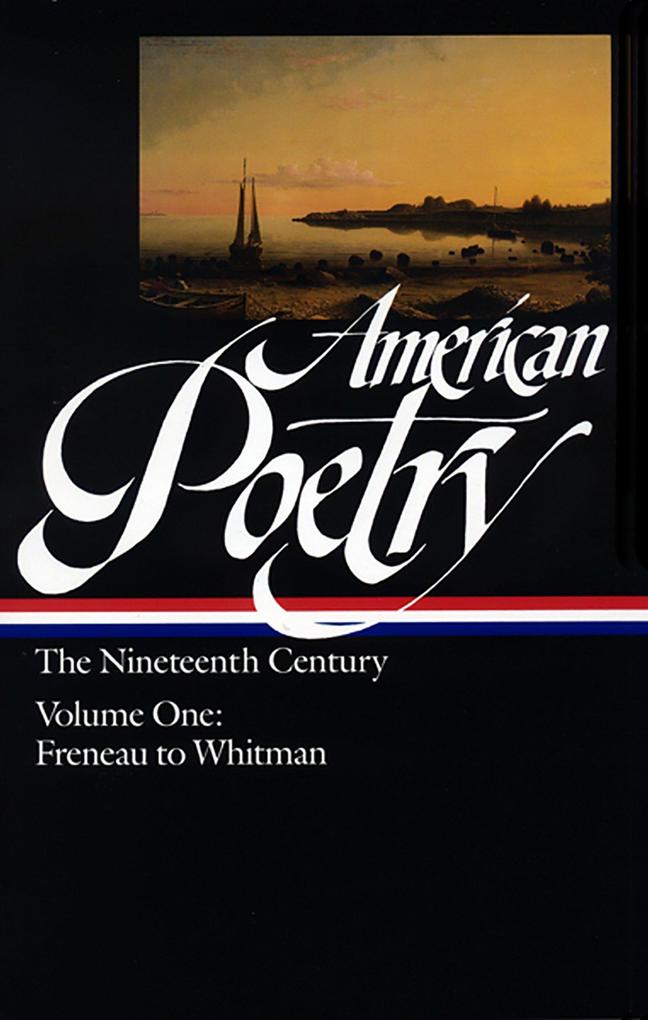 In nineteenth-century America, poetry was an integral part of everyday life. The two volumes of The Library of America's American Poetry: The Nineteenth Century reveal the vigor and diversity of a tradition embracing solitary visionaries and congenial storytellers, humorists and dissidents, songwriters and philosophers. These extraordinary anthologies reassess America's poetic legacy with a comprehensive sweep that no previous anthology has attempted.

Extending chronologically from the classic couplets of Philip Freneau to the pioneering free verse of Walt Whitman, this first volume charts the formation of a distinctly American poetry. Here, in generous selections, are the major figures: Poe, Emerson, Bryant, Longfellow, Whittier-as well as such unexpected contributors as the landscape painter Thomas Cole, the actress Fanny Kemble, and the presidents John Quincy Adams and Abraham Lincoln.

This collection offers the unique opportunity to appreciate anew such classics as Whittier's "Snow-Bound," Bryant's "Forest Hymn," and Emerson's "Hamatreya," while discovering a world of less familiar pleasures: the mystical sonnets of Jones Very, the Romantic fantasias of Maria Gowen Brooks, the stirring political poems of Joel Barlow and John Pierpont, and the somber and undervalued late lyrics of Longfellow.

Woven among the poetry of the early nineteenth century is a wealth of popular ballads, recitations, and songs both secular and religious: "Home, Sweet Home," "A Visit from St. Nicholas," "It Came Upon the Midnight Clear," "Battle Hymn of the Republic." From Lydia Maria Child's Thanksgiving poem ("Over the river and through the wood") to George Pope Morris's "The Oak" ("Woodman, spare that tree!"), these pages ring with the phrases that have become part of the national memory.

Unprecedented in its textual authority, the anthology includes newly researched biographical sketches of each poet, a year-by-year chronology of poets and poetry from 1800 to 1900, and extensive notes.

John Hollander (1929-2013), editor, was a distinguished poet, critic, and teacher whose many collections included The Night Mirror (1971), Reflections on Espionage(1976), Spectral Emanations (1978), and Powers of Thirteen (1983). He was a MacArthur Fellow and was awarded the Bollingen Prize in 1983. He also edited two volumes in the Library of America's American Poets Project series: American Wits: An Anthology of Light Verse (2003) and Emma Lazarus: Selected Poems (2005).