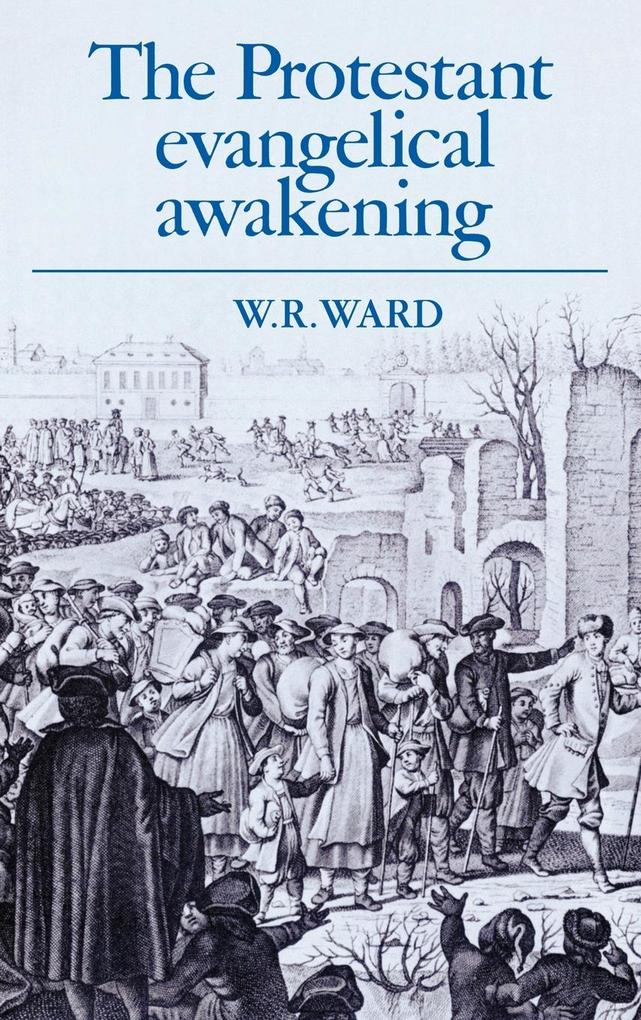 14% Rabatt sichern mit Gutscheincode: LIEBE14
​
This book marks a major development in our understanding of the religious history of both Europe and North America during the first half of the eighteenth century. It studies the early history of the Protestant revival movements from a pan-European, … weiterlesen
Geschenk per Mail versenden
Buch (gebunden)

This book marks a major development in our understanding of the religious history of both Europe and North America during the first half of the eighteenth century. It studies the early history of the Protestant revival movements from a pan-European, as well as Anglo-American viewpoint, and shows the interrelationships and movements among the major Protestant communities. It is a contribution to the history not only of religious belief and practice, but also to that of the successes and failures of eighteenth-century statecraft in dealing with problems of religious excitement and division during an age of enlightenment. It is based on a vast range of archival resources and published scholarly work ranging from Eastern Europe to the American colonies.

"...this book embodies scholarship of the very highest calibre and the historical narrative is presented in all its detail." American Studies "This account of the Great Awakening is, in my judgement, a magisterial work. Its main achievement is that it provides an integrated account of the Great Awakening for the first time. In particular, by careful study and exposition of the links between continental pietism and North Atlantic revivalism, Professor Ward is able to show that the well-known meeting between the Wesleys and a group of Moravian Brethren while on ship to America, whilst in one sense an accident, was not some chance encounter between two different religious cultures, but a natural (and almost inevitable?) meeting...In short I regard this as one of the most significant books written on eighteenth-century religion. It will be a standard work of reference for years to come." David M. Thompson, University of Cambridge "Ward's book is the only piece of scholarship, certainly in English and possibly in German, that examines the revival with any thoroughness in its international context. In this sense it is original in its conception; and as a work of reference, it meets a real need." Frederick Dreyer, Canadian Journal of History "...consistently offers rich detail and sophisticated insight...Breadth, detail, exemplary scholarship, and especially discernment make The Protestant Evangelical Awakening a glowing achievement...The result is required reading for colonialists and religious historians..." Jon Butler, Journal of American History "The Protestant Evangelical Awakening goes well beyond a colonial or Anglo-American examination of the mid-eighteenth century revivals by providing an authoritative overview of the rise of Protestant evangelicalism from the easternmost expanses of Europe to the frontiers of the American wilderness." Church History "There is no doubt that Ward's book is a milestone in its field. His place o fthe earliest Anglo-American revival in the context of the mature European Awakening is a badly needed historiographical corrective." Journal of the Canadian Church Historical Society "Ward's book is a significant achievement in scholarship investigating the transatlantic connections of Protestant piety and renewal...It stands nearly alnoe in English language publications on the topic...Ward's The Protestant Evangelical Awakening provides arousing reading." Jeff Bach, Brethren Life and Thought