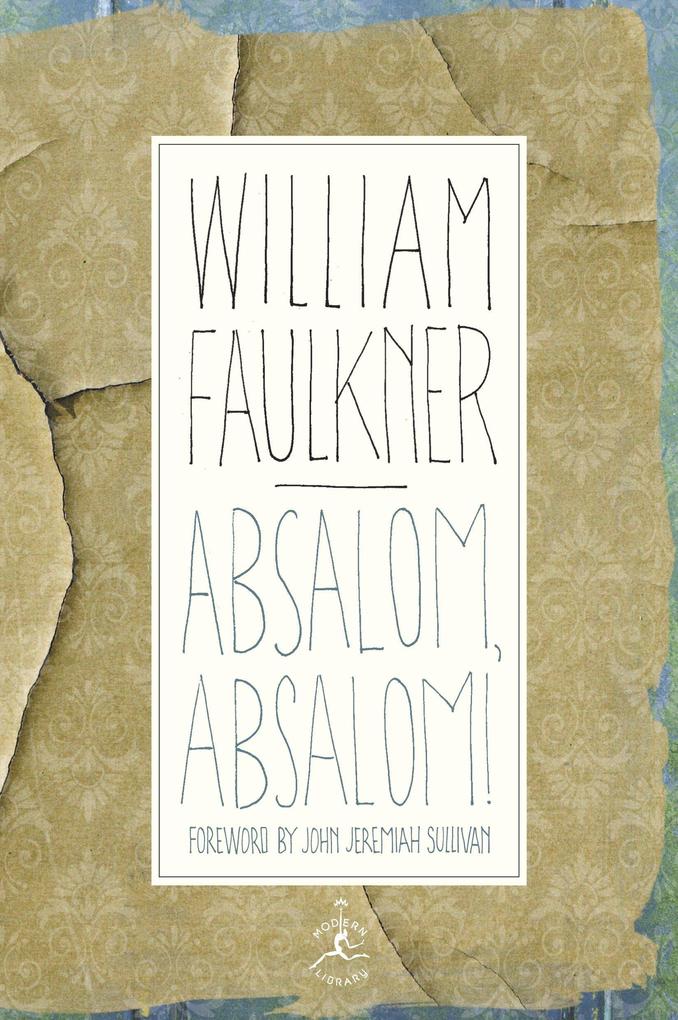 From the Modern Library's new set of beautifully repackaged hardcover classics by William Faulkner-also available are Snopes, As I Lay Dying, The Sound and the Fury, Light in August, and Selected Short Stories

First published in 1936, Absalom, Absalom! is William Faulkner's ninth novel and one of his most admired. It tells the story of Thomas Sutpen and his ruthless, single-minded attempt to forge a dynasty in Jefferson, Mississippi, in 1830. Although his grand design is ultimately destroyed by his own sons, a century later the figure of Sutpen continues to haunt young Quentin Compson, who is obsessed with his family legacy and that of the Old South. "Faulkner's novels have the quality of being lived, absorbed, remembered rather than merely observed," noted Malcolm Cowley. "Absalom, Absalom! is structurally the soundest of all the novels in the Yoknapatawpha series-and it gains power in retrospect." This edition follows the text of Absalom, Absalom! as corrected in 1986 under the direction of Faulkner expert Noel Polk and features a new Foreword by John Jeremiah Sullivan.

William Cuthbert Faulkner was born in 1897 and raised in Oxford, Mississippi, where he spent most of his life. One of the towering figures of American literature, he is the author of The Sound and the Fury, Absalom, Absalom!, and As I Lay Dying, among many other remarkable books. Faulkner was awarded the Nobel Prize in 1950 and France's Legion of Honor in 1951. He died in 1962.