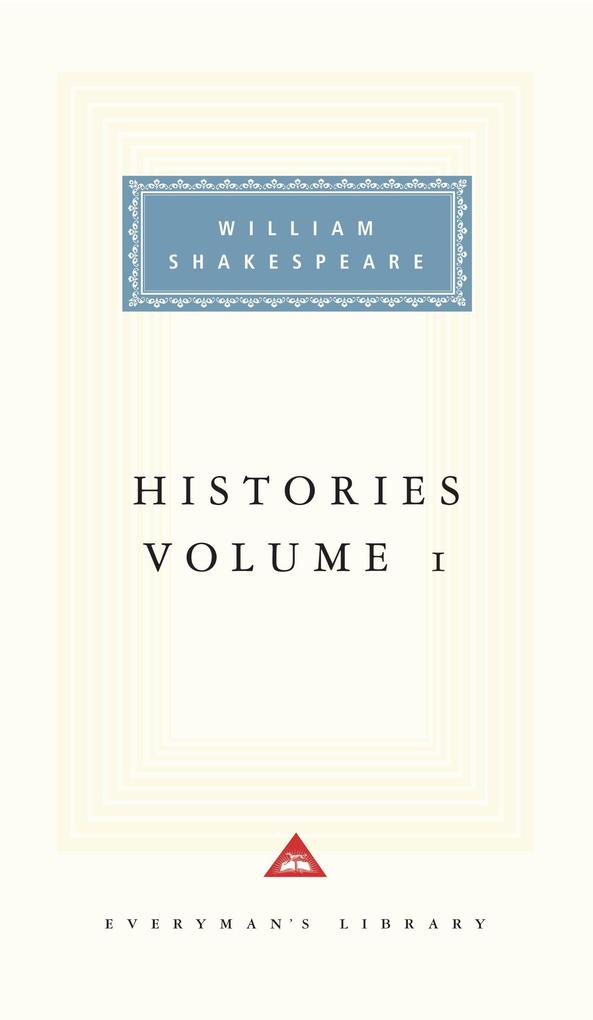 Shakespeare's histories-containing within their crowded tableaux all of the tragedies, confusions, and beauties of human life-are not only drama of the highest order. They also serve as windows through which generations have made themselves familiar … weiterlesen
Geschenk per Mail versenden
Buch (gebunden)


Shakespeare's histories-containing within their crowded tableaux all of the tragedies, confusions, and beauties of human life-are not only drama of the highest order. They also serve as windows through which generations have made themselves familiar with crucial episodes in English history. For an Elizabethan England that had already emerged onto the stage of world power and was hungry to understand the sources and nature of its identity, Shakespeare provided a grandeur born of the transforming power of his art.

This volume contains Henry VI, Parts 1, 2, and 3; Richard III; and King John. The texts, authoritatively edited by Sylvan Barnet, are supplemented with textual notes, bibliographies, a detailed chronology of Shakespeare's life and times, and a substantial introduction in which Tony Tanner discusses each play individually and in the context of Shakespeare's work.

William Shakespeare was born in Stratford-upon-Avon in April 1564, and his birth is traditionally celebrated on April 23. The facts of his life, known from surviving documents, are sparse. He was one of eight children born to John Shakespeare, a merchant of some standing in his community. William probably went to the King's New School in Stratford, but he had no university education. In November 1582, at the age of eighteen, he married Anne Hathaway, eight years his senior, who was pregnant with their first child, Susanna. She was born on May 26, 1583. Twins, a boy, Hamnet ( who would die at age eleven), and a girl, Judith, were born in 1585. By 1592 Shakespeare had gone to London working as an actor and already known as a playwright. A rival dramatist, Robert Greene, referred to him as "an upstart crow, beautified with our feathers." Shakespeare became a principal shareholder and playwright of the successful acting troupe, the Lord Chamberlain's Men (later under James I, called the King' s Men). In 1599 the Lord Chamberlain's Men built and occupied the Globe Theater in Southwark near the Thames River. Here many of Shakespeare's plays were performed by the most famous actors of his time, including Richard Burbage, Will Kempe, and Robert Armin. In addition to his 37 plays, Shakespeare had a hand in others, including Sir Thomas More and The Two Noble Kinsmen, and he wrote poems, including Venus and Adonis and The Rape of Lucrece. His 154 sonnets were published, probably without his authorization, in 1609. In 1611 or 1612 he gave up his lodgings in London and devoted more and more time to retirement in Stratford, though he continued writing such plays as The Tempest and Henry VII until about 1613. He died on April 23, 1616, and was buried in Holy Trinity Church, Stratford. No collected edition of his plays was published during his life-time, but in 1623 two members of his acting company, John Heminges and Henry Condell, put together the great collection now called the First Folio.