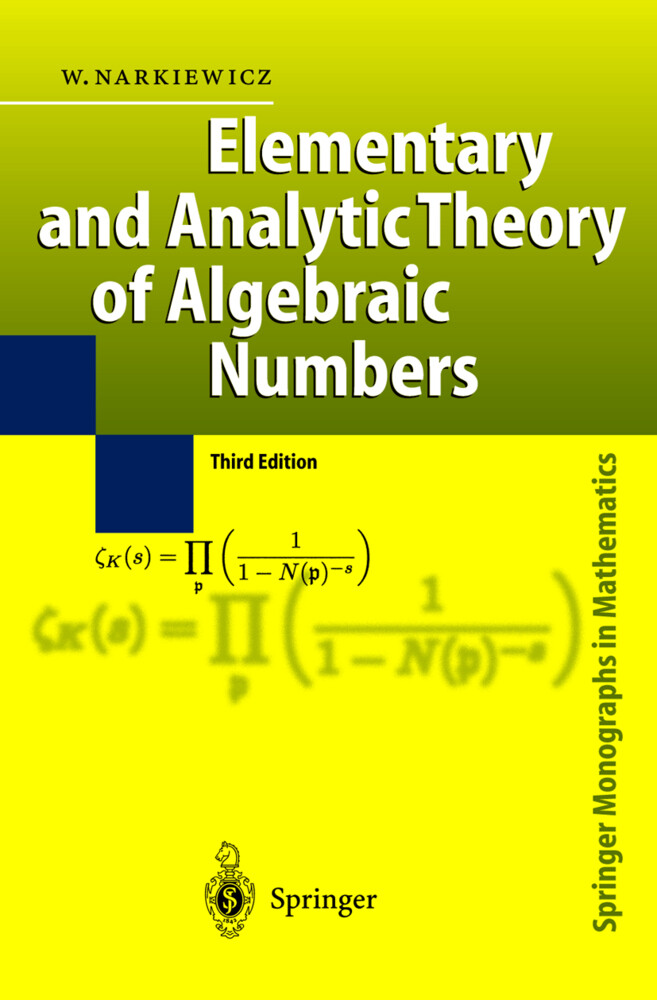 This book details the classical part of the theory of algebraic number theory, excluding class-field theory and its consequences. Coverage includes: ideal theory in rings of algebraic integers, p-adic fields and their finite extensions, ideles and adeles, zeta-functions, distribution of prime ideals, Abelian fields, the class-number of quadratic fields, and factorization problems. The book also features exercises and a list of open problems.

From the reviews of the third edition:
"This giant tome is 'elementary' only in the sense of 'classical' (for the first four chapters), and 'analytic' thereafter ... . The main text of nine chapters has about 400 pages. There are extensive notes at the end of each chapter, covering a further 90 pages and giving additional background with references to the research literature. ... is likely to be, for many years, a valuable resource for those already involved in serious research on algebraic number theory ... ." (John Baylis, The Mathematical Gazette, Vol. 89 (515), 2005)
"The book gives an exposition of the classical part of the theory of algebraic number theory, excluding class-field theory and its consequences. ... Each chapter ends with exercises and a short review of the relevant literature up to 2003. The bibliography has over 3400 items." (Zentralblatt für Didaktik der Mathematik, November, 2004)
"This is the third edition of a well-known textbook on algebraic number theory. ... the author has thoroughly updated the comments at the end of each chapter and extended the bibliography accordingly. ... for most professional number theorists one of this book's most appealing features will be the carefully researched notes and the large number of references. These make it a real treasure house and ensure that this volume will be an indispensable work of reference for anyone working in or using algebraic number theory." (Ch. Baxa, Monatshefte für Mathematik, Vol. 149 (2), 2006)
"Narkiewicz' tome, weighing in at xi + 708 pages, is an imposing work, ambitious in scope and even encyclopaedic ... . Elementary and Analytic Theory of Algebraic Numbers is also well-written and eminently readable by a good and diligent graduate student. It would serve beautifully for a graduate-level course in number theory sans class-field theory. ... Narkiewicz' presentation is so clear and detailed that coverage of certain topics ... is extremely beneficial." (Michael Berg, MathDL, September, 2005)
"It is a very great pleasure to have the third edition at hand ... . the book has already been a Bible now for generations of number theorists. ... if someone has his special interest in algebraic number theory, analytic number theory, Diophantine equations or whatever: this book has always turned out to be crucial. ... There is a list of Problems ... all of which represent a current research direction of number theory." (István Gaál, Zentralblatt MATH, Vol. 1159, 2009)