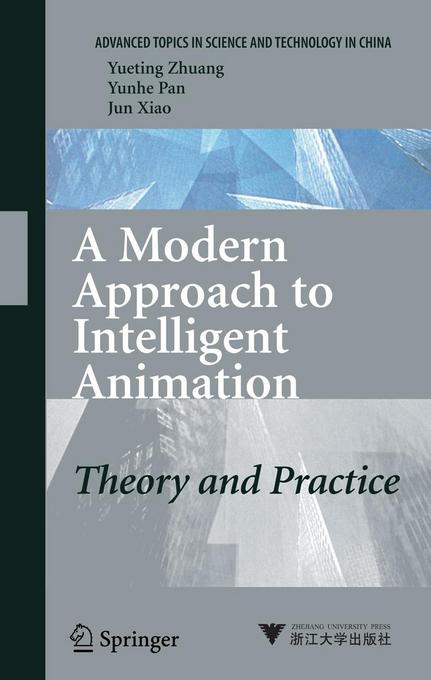 A Modern Approach to Intelligent Animation: Theory and Practice

Part of the new series, Advanced Topics in Science and Technology in China, this book discusses concepts, theory, and core technologies of intelligent theory and human animation, including video based human animation, and intelligent technology of motion data management and reusing. It introduces systems developed to demonstrate the technologies of video based animation. Each chapter is independent. Lively pictures and demos will be presented to make the theory and technologies more understandable. For researchers, this is a reference book and an update on the current status of human animation. For professionals, this is a guide for application development using human animation technologies. Yueting Zhuang received his PhD in Computer Science from Zhejiang University (1998). From 1997 to 1998, he was a visiting scholar at Beckman Institute, U. of Illinois, Urbana-Champaign. Now he is a full professor of the College of Computer Science at Zhejiang University. His research area is intelligent animation, multimedia technologies. Yunhe Pan was the President of Zhejiang University from 1995 to 2006. Now he is the Vice-President of the Chinese Academy of Engineering. His current research area includes intelligent human animation, digital library, and other related topics.

Yueting Zhuang received his PhD degree from the Department of Computer Science at Zhejiang University (1998). From 1997 to 1998, he studied as a visiting scholar at the Department of Computer Science and Beckman Institute, University of Illinois at Urbana-Champaign. Now he is the professor and vice dean of the College of Computer Science, Zhejiang University.
He has published more than 100 papers in international renowned journals and conferences, topics including computer animation, graphics, multimedia analysis and retrieval. And he has been the PIs of several NSF China projects, 863-high tech projects, National 7th-5 and 8th-5 projects. As one of the key members, he was awarded the second prize by State Science & Technology Commission of China in year 1993, 2004 respectively and first prize by Chinese Academy of Sciences in October, 1992.