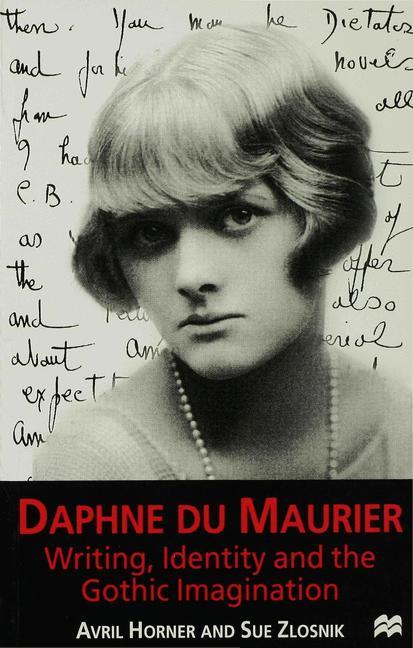 Daphne du Maurier: Writing, Identity and the Gothic Imagination is the first full-length evaluation of du Maurier's fiction and the first critical study of du Maurier as a Gothic writer. Horner and Zlosnik argue that the fears at the heart of du Maurier's Gothic fictions reflect both personal and broader cultural anxieties concerning sexual and social identity. Using the most recent work in Gothic and gender studies they enter the current debate on the nature of Female Gothic and raise questions about du Maurier's relationship to such a tradition.

'In this skilful exploration of du Maurier's identity and writing, Avril Horner and Sue Zlosnik weave together analysis of the Gothic mode with historical, geographical and cultural contextualising. Theirs is a consistently illuminating study which moves the reader to a more complex appreciation of the author's work. Never again can du Maurier be dismissed as mere bedtime reading for middle England.' - Mary Eagleton, Principal Lecturer in Literature and Women's Studies, University College of Ripon and York St John

'A series of intricate and subtle readings...a major and timely reworking of du Maurier's fiction, which also raises fascinating questions about the persistence of the Gothic imagination.' - David Punter, Professor of English Studies, University of Stirling

'Well written and compellingly argued, Avril Horner and Sue Zlosnik use various perspectives offered by feminist and other recent critical methods to highlight just what it is that makes du Maurier so interesting. Importantly, they demonstrate that Gothic overtones are not merely formulas, but vital resources that du Maurier used with considerable creativity to work out her own anxieties as a woman and a writer.' - Anne Williams, Professor of English, University of Georgia

'A well-written and accessible study...offering an informed and consistently interesting reading of this under-valued writer's work.' - Gothic Studies