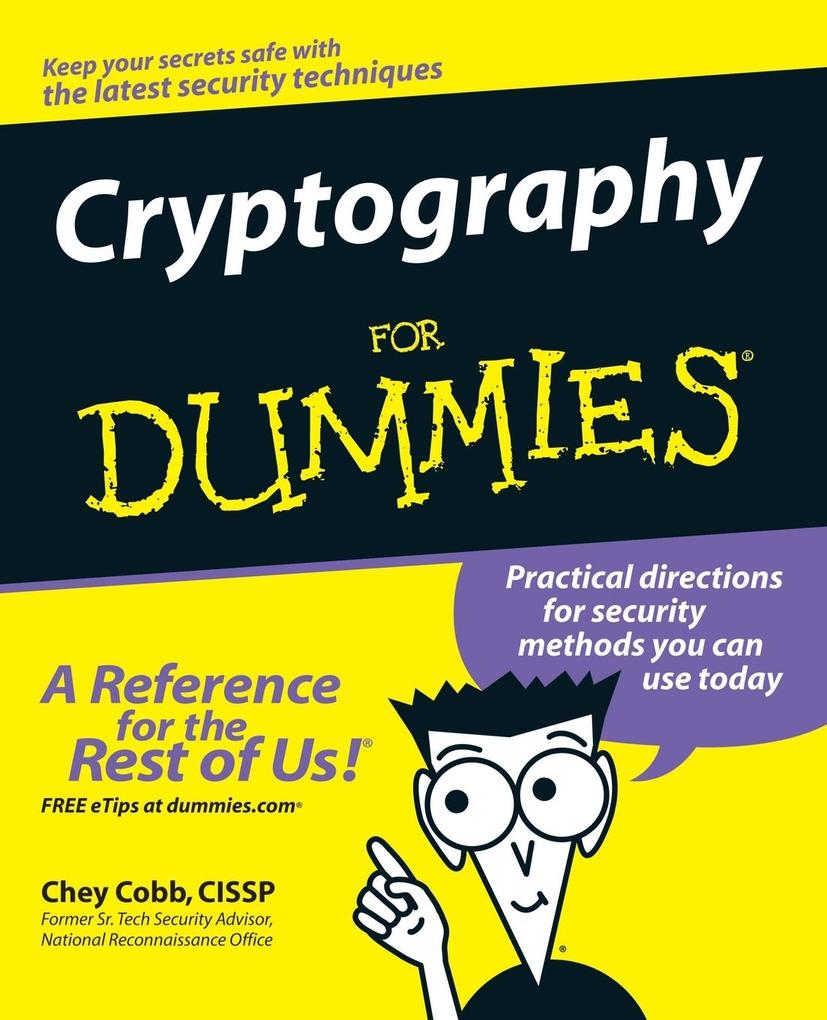 von Cobb, Chey Cobb
1. Auflage. Paperback. Sprache: Englisch.
Buch (kartoniert)
This book explains the basics of encryption and various techniques and introduces readers to the terminology used in the subject. From there, it moves on to specific technologies that incorporate cryptography in their design, such as authentication m … weiterlesen
Dieser Artikel ist auch verfügbar als:
Geschenk per Mail versenden
Buch (kartoniert)

* Cryptography is the most effective way to achieve data security and is essential to e-commerce activities such as online shopping, stock trading, and banking * This invaluable introduction to the basics of encryption covers everything from the terminology used in the field to specific technologies to the pros and cons of different implementations * Discusses specific technologies that incorporate cryptography in their design, such as authentication methods, wireless encryption, e-commerce, and smart cards * Based entirely on real-world issues and situations, the material provides instructions for already available technologies that readers can put to work immediately * Expert author Chey Cobb is retired from the NRO, where she held a Top Secret security clearance, instructed employees of the CIA and NSA on computer security and helped develop the computer security policies used by all U.S. intelligence agencies

Part I: Crypto Basics & What You Really Need to Know.

Chapter 1: A Primer on Crypto Basics.

Chapter 3: Deciding What You Really Need.

Chapter 7: All Keyed Up!

Part III: Putting Encryption Technologies to Work for You.

Part IV: The Part of Tens.