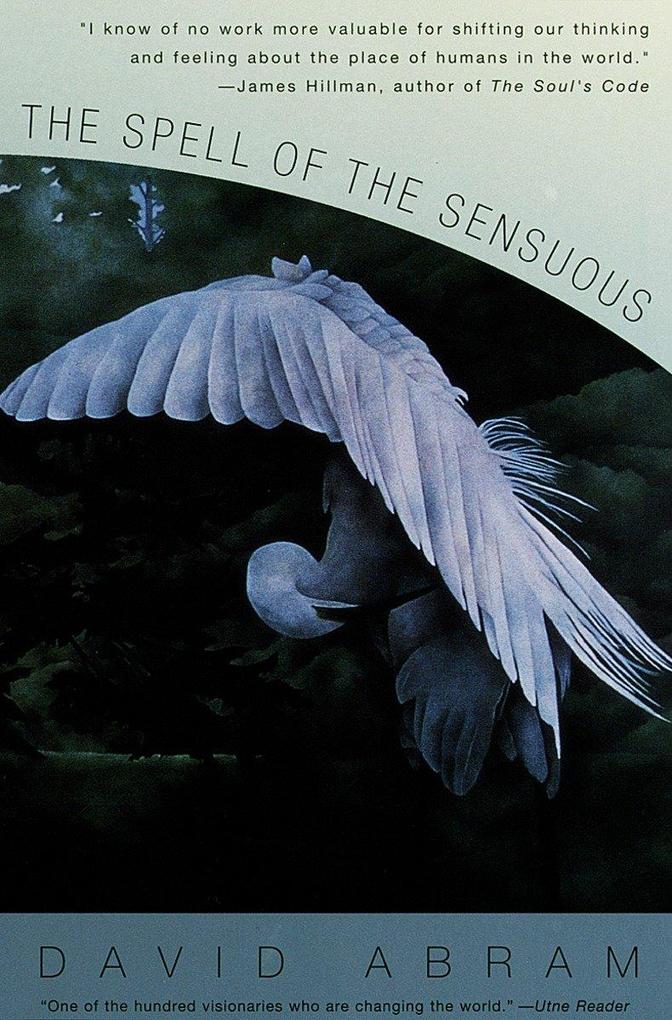 The Spell of the Sensuous

Animal tracks, word magic, the speech of stones, the power of letters, and the taste of the wind all figure prominently in this intellectual tour de force that returns us to our senses a … weiterlesen

Titel: The Spell of the Sensuous
Autor/en: David Abram

Perception and Language in a More-Than-Human World.
Sprache: Englisch.

Winner of the International Lannan Literary Award for Nonfiction

Animal tracks, word magic, the speech of stones, the power of letters, and the taste of the wind all figure prominently in this intellectual tour de force that returns us to our senses and to the sensuous terrain that sustains us. This major work of ecological philosophy startles the senses out of habitual ways of perception.

For a thousand generations, human beings viewed themselves as part of the wider community of nature, and they carried on active relationships not only with other people with other animals, plants, and natural objects (including mountains, rivers, winds, and weather patters) that we have only lately come to think of as "inanimate." How, then, did humans come to sever their ancient reciprocity with the natural world? What will it take for us to recover a sustaining relation with the breathing earth?

In The Spell of the Sensuous David Abram draws on sources as diverse as the philosophy of Merleau-Ponty, Balinese shamanism, Apache storytelling, and his own experience as an accomplished sleight-of-hand of magician to reveal the subtle dependence of human cognition on the natural environment. He explores the character of perception and excavates the sensual foundations of language, which--even at its most abstract--echoes the calls and cries of the earth. On every page of this lyrical work, Abram weaves his arguments with a passion, a precision, and an intellectual daring that recall such writers as Loren Eisleley, Annie Dillard, and Barry Lopez.

Schreiben Sie eine Bewertung für: The Spell of the Sensuous