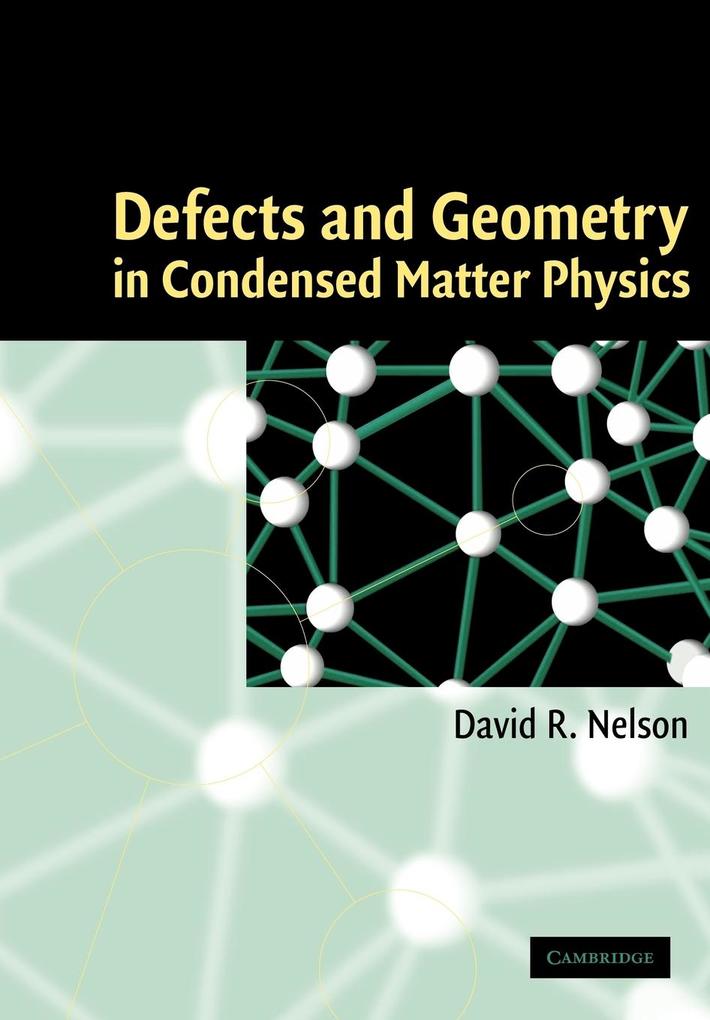 Defects and geometrical patterns embedded in orderly arrays of atoms and molecules explain important everyday phenomena such as why soap is slippery, why steel is strong, and how a liquid crystal display device works. An understanding of how to pin vortex defects in superconductors is essential for applications such as magnetic levitation and improved magnetic resonance imaging devised for medical diagnosis. This book discusses the crucial role played by defects and geometry in disrupting order in solids, superconductors, superfluids, liquid crystals and polymers.

David Nelson is Mallinckrodt Professor of Physics and Professor of Applied Physics at Harvard University. He received his Ph.D. in 1975 from Cornell University. His research focuses on collective effects in the physics of condensed matter, particularly on the interplay between fluctuations, geometry and statistical mechanics. In collaboration with his Harvard colleague, Bertrand I. Halperin, he is responsible for a theory of dislocation- and disclination-mediated melting in two dimensions. The prediction of Halperin and Nelson of a fourth 'hexatic' phase of matter, interposed between the usual solid and liquid phases, has now been confirmed in many experiments on thin films and bulk materials. A member of the National Academy of Sciences, the American Academy of Arts and Sciences and a Fellow of the American Physical Society, David Nelson has been an A. P. Sloan Fellow, a Guggenheim Fellow and a Junior and Senior Fellow in the Harvard Society of Fellows. He is the recipient of a five-year MacArthur Prize Fellowship, the National Academy of Sciences Prize for Initiatives in Research, and the Harvard Ledlie Prize.

'For 25 years, David Nelson has made major contributions to the study of how condensed matter systems as solids, liquid crystals, superfluids, and polymer solutions and melts. His dominance in the field has been reinforced by his excellent surveys in the proceedings of summer schools, workshops, and conferences from 1983 to 1996. The book provides an admirable overview of Nelson's achievements and of their relation to other work.' Physics Today