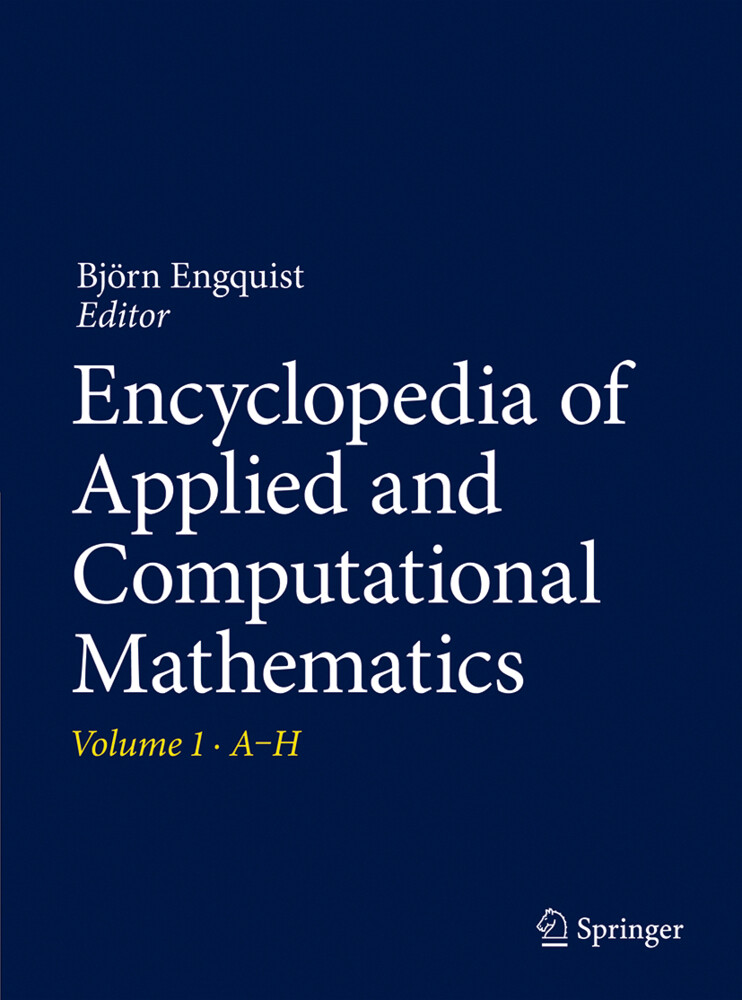 Encyclopedia of Applied and Computational Mathematics

EACM is a comprehensive reference work covering the vast field of applied and computational mathematics. Applied mathematics itself accounts for at least 60 per cent of mathematics, and the emphasis on computation reflects the current and constantly growing importance of computational methods in all areas of applications. EACM emphasizes the strong links of applied mathematics with major areas of science, such as physics, chemistry, biology, and computer science, as well as specific fields like atmospheric ocean science. In addition, the mathematical input to modern engineering and technology form another core component of EACM.

Björn Engquist received his Ph.D. in numerical analysis from Uppsala University in the year 1975. He has been professor of mathematics at UCLA, Uppsala University and the Royal Institute of Technology, Stockholm. He was Michael Henry Strater University Professor of Mathematics and Applied and Computational Mathematics at Princeton University and now holds the Computational and Applied Mathematics Chair I at the University of Texas at Austin. He was director of the Research Institute for Industrial Applications of Scientific Computing and of the Centre for Parallel Computers at the Royal Institute of Technology, Stockholm. At Princeton University, he was director of the Program in Applied and Computational Mathematics and the Princeton Institute for Computational Science and he is now the director of the ICES Center for Numerical Analysis in Austin. Engquist is a member of the American Association for the Advancement of Science, the Royal Swedish Academy of Sciences, the Royal Swedish Academy of Engineering Sciences, the Norwegian Academy of Science and Letters. He was a Guggenheim Fellow, received the first SIAM Prize in Scientific Computing 1982, the Celsius Medal 1992, the Henrici Prize 2011, the George David Birkhoff Prize in Applied Mathematics 2012 and ICIAM Pioneer Prize 2015. He was an ICM speaker in the years 1982 and 1998.His research field is development, analysis and application of numerical methods for differential equations. A particular focus has been multiscale problems and applications to fluid mechanics and wave propagation. He has had 40 PhD students.

"This is a very comprehensive textbook on applied & computational mathematics. ... There is no doubt this book will serve students, research fellows, professors, and advanced mathematicians very well. It is a good reference also for researchers interested in bioinformatics, health informatics, and neuroinformatics. Neural network and coding principles are detailed and helpful for reference and consulting purposes." (Joseph J. Grenier, Amazon.com, March, 2016)