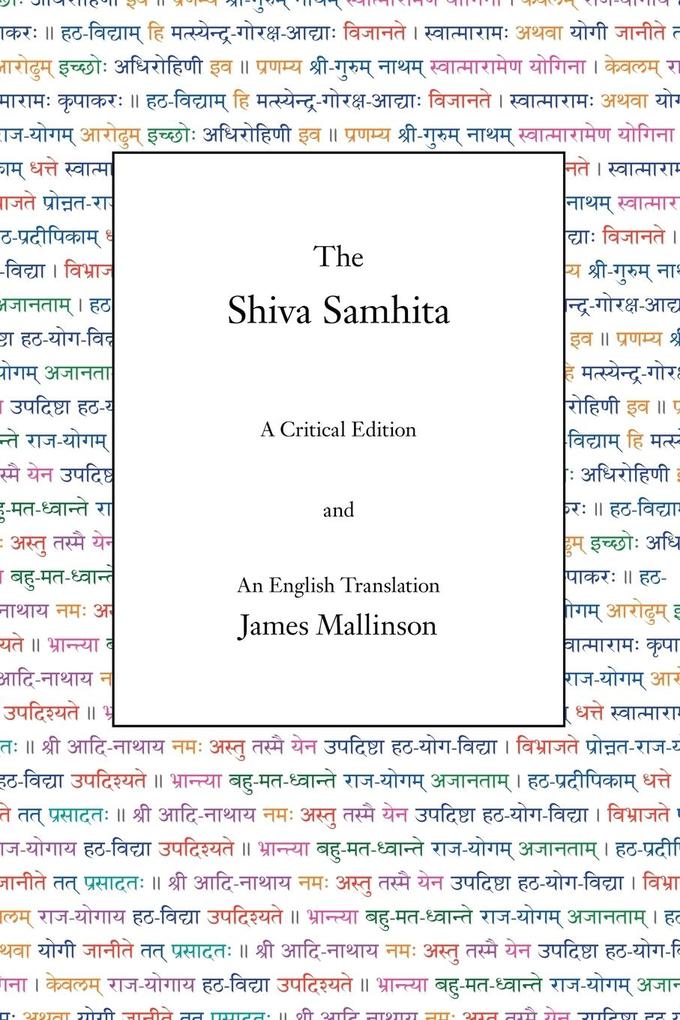 A Critical Edition and An English Translation.
Paperback.
Sprache: Englisch.

This affordable, authoritative edition of the Shiva Samhita contains a new introduction, the original Sanskrit, a new English translation, nine full-page photographs, and an index. It includes beautiful teachings found nowhere else. This is the first edition of this classic Yoga text to meet both high academic and literary standards, the first to be based on a truly critical study of the Sanskrit manuscripts. It's for people who practice Yoga, and for anyone with an interest in health and fitness, philosophy, religion, spirituality, mysticism, or meditation.
From the Introduction

Composed over five centuries ago, the Shiva Samhita is one of the most celebrated root texts of Hatha Yoga. It includes beautiful teachings found nowhere else. This edition contains the original Sanskrit, properly edited and printed for the first time, and a new, accurate translation thereof. It also features photographs of the asanas and mudras described therein.
Excerpt

The Lord said, "There is one eternal true knowledge, without beginning or end. No other real entity exists. The diversity which is found in this world appears through the imposition of the senses on knowledge and for no other reason.
Affectionate toward his devotees, the Lord, having cast aside opinions born of the ignorance of sophists, shall now pronounce a Yoga teaching that bestows liberation on the selves of all beings, so that beings whose minds are set on no other destiny may have knowledge of their selves.
Some praise truth and others asceticism and purity. Some praise patience and others equanimity and honesty.
Some praise charity and others ancestor worship. Some praise action and some absolute indifference.
Some wise men praise the rites of the householder and some say that rites such as the fire sacrifice are the best.
Some praise Mantra Yoga and pilgrimage. In this way, many means to liberation are taught.

James Mallinson is a graduate of Eton and Oxford, holds a master's from the School of Oriental and African Studies, and returned to Oxford University for his doctorate.