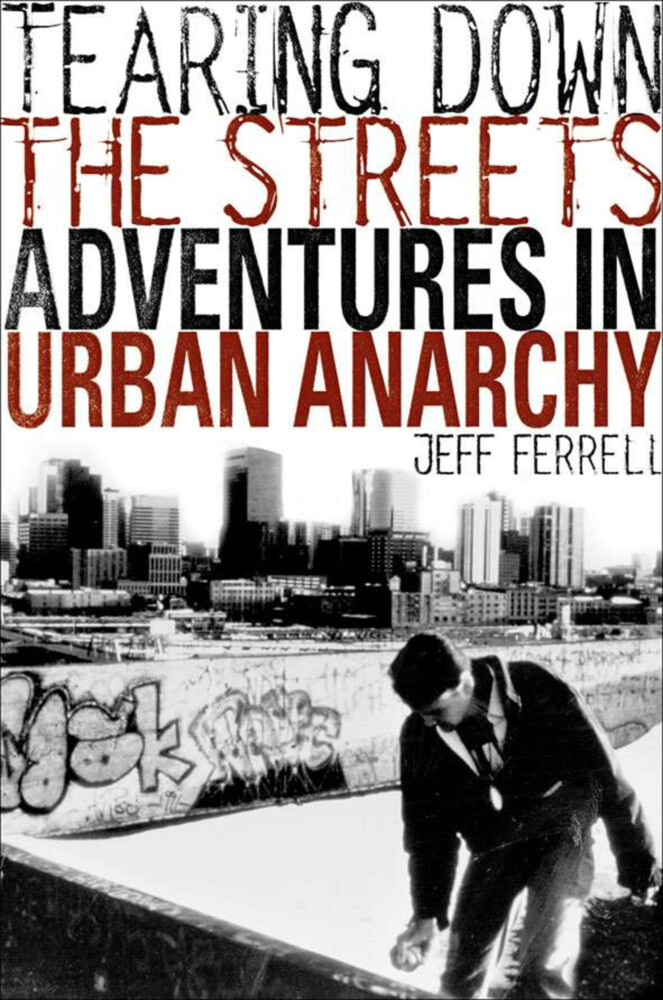 Tearing Down the Streets

From New York to San Francisco, Times Square to the Tenderloin, graffiti artists, young people, radical environmentalists, and the homeless clash with police on city streets in an attempt to take back urban spaces from the developers and 'disneyfiers'. Drawing on more than a decade of first-hand research, this lively account goes inside the worlds of street musicians, homeless punks, militant bicycle activists, high-risk 'BASE jump' parachutists, skateboarders, outlaw radio operators, and hip hop graffiti artists, to explore the day-to-day skirmishes in the struggle over public life and public space.

A Jagged Line Down the Middle of the Street Wild in the Streets Taking Back the Streets We Want the Airwaves, Baby The Towering Inferno

JEFF FERRELL is Professor of Criminal Justice at Northern Arizona University. He is the foremost practitioner of ethnographic criminology, a field he pioneered. Ferrell has received awards from the American Criminological Association for his research. His acclaimed and widely-reviewed books include Crimes of Style, Cultural Criminology, and Ethnography at the Edge.

'Strongly recommended for anyone interested in cities and city life.' - Choice

'...provides and energetic and highly informed look at environmental and political movements to nonviolently 'reclaim the streets.' - Publishers Weekly

'...those who have felt themselves being smothered for the sake of an artificial community will find it difficult not to share his sympathies...' - Booklist

'His firsthand field experience and passion add insight to his discussion of the daily lives of these groups and give his personal accounts excitement and interest.' - Mindy S. Wilson, Contemporary Sociology