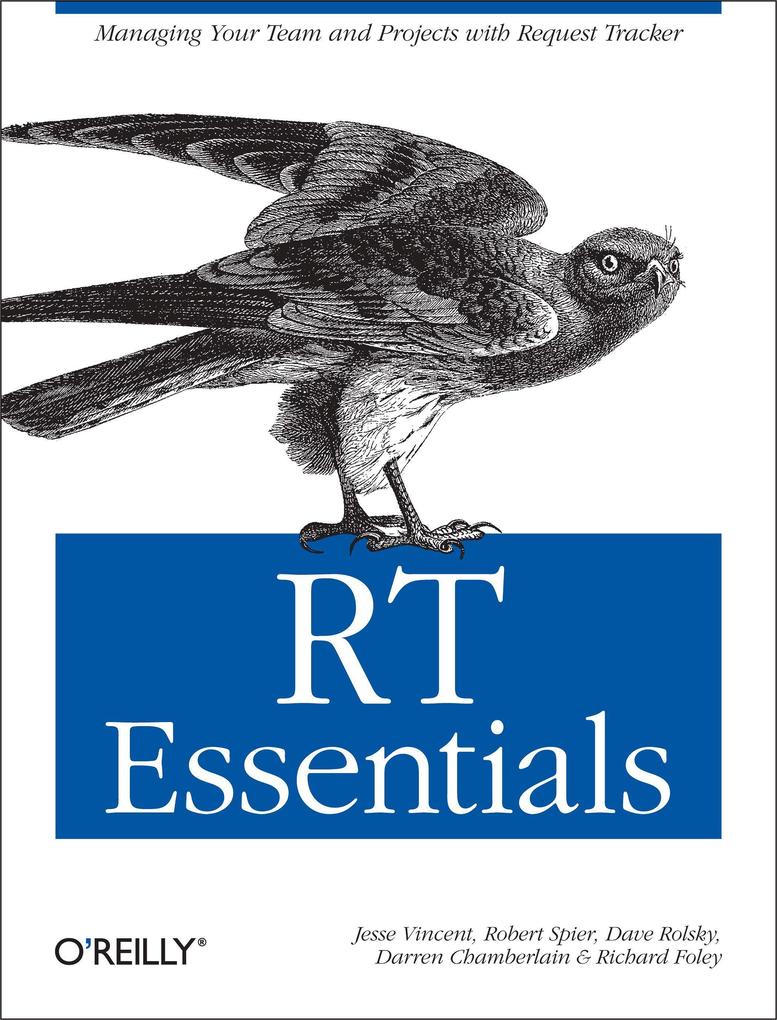 Rt Essentials: Managing Your Team and Projects with Request Tracker

15% Rabatt10 sichern mit Gutscheincode: BOOK15
​
In a typical organization, there's always plenty that to do such as: pay vendors, invoice customers, answer customer inquiries, and fix bugs in hardware or software. You need to know who wants what and keep track of what is left to do.

This is where … weiterlesen

In a typical organization, there's always plenty that to do such as: pay vendors, invoice customers, answer customer inquiries, and fix bugs in hardware or software. You need to know who wants what and keep track of what is left to do.

RT Essentials, co-written by one of the RT's original core developers, Jesse Vincent, starts off with a quick background lesson about ticketing systems and then shows you how to install and configure RT. This comprehensive guide explains how to perform day-to-day tasks to turn your RT server into a highly useful tracking tool. One way it does this is by examining how a company could use RT to manage its internal processes. Advanced chapters focus on developing add-on tools and utilities using Perl and Mason. There's also chapter filled with suggested uses for RT inside your organization.

No matter what kind of data your organization tracks--from sales inquiries to security incidents or anything in between--RT Essentials helps you use RT to provide order when you need it most.

Jesse Vincent is the author of RT and the founder of Best Practical Solutions, LLC, a company dedicated to open source tools to help people and organizations keep track of what needs doing, when it gets done, and who does it. Before founding Best Practical, Jesse worked as the systems lead for a now-defunct dotcom and a software designer at Microsoft.
Robert Spier is a software engineer who has been working with RT for almost 7 years. When not managing other engineers at his day job, he moonlights as Best Practical's lead trainer, and maintains the perl.org infrastructure.
Dave Rolsky is a programmer, author, and activist with a background in music composition, and an obsession with Hong Kong films and the works of author Gene Wolfe. He has been actively developing Free Software (Perl) for several years and is a member of the Mason core development team.
Darren Chamberlain is system adminisitrator and recovering programmer living and working in the Boston area.
Richard Foley is a Munich based Perl and Oracle developer who spends most of his time programming, when he could be spending quality time with his family, walking or skiing in the nearby Alps. He has a technical illustration background, and has developed applications for the Aerospace, Internet and Banking industries. Responsible for maintaining the perlbug database, from 1997 to 2001, he was co-organiser ofYAPC::Europe::2002 and is a member of the YAPC::Europe committee, the group responsible for organizing Perl conferences in Europe.