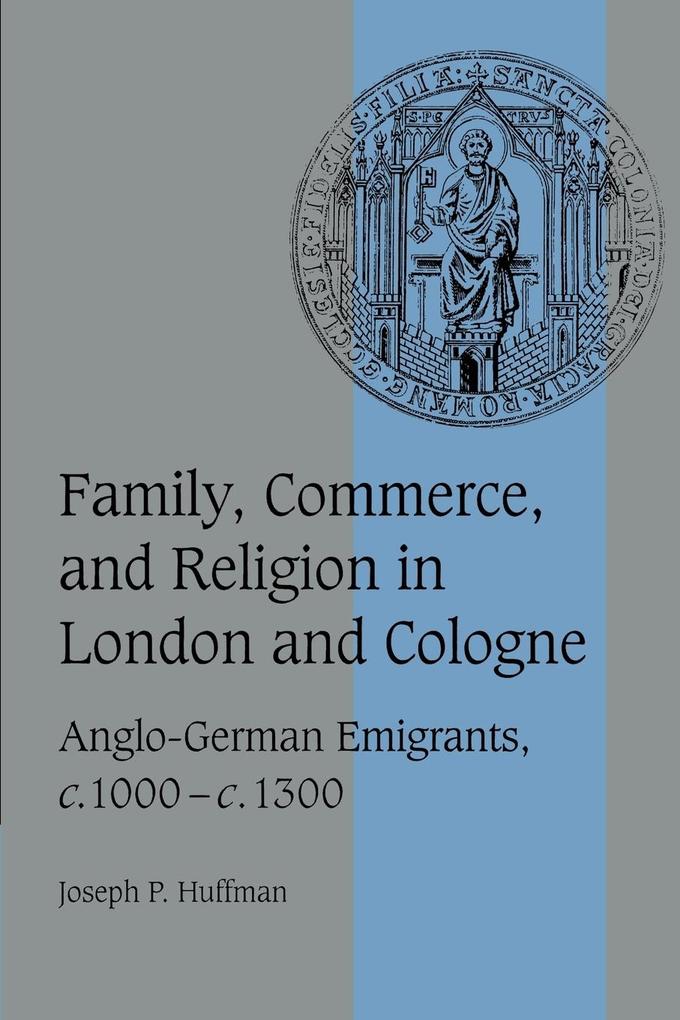 Family, Commerce, and Religion in London and Cologne

This book explores the full range of social, economic, religious and cultural contacts between England and the German city of Cologne during the central Middle Ages, c. 1000 to c. 1300. A wealth of original archive material reveals an extensive network of English and German emigrants who were surprisingly successful in achieving assimilation into their new homelands. From pilgrims to emigrants, crusaders and merchants to teachers, there existed a complex world of Anglo-German associations that will suggest a reconsideration of the medieval European world.

Preface; Part I. The Historical Background, Anglo-German Foundations and the City of Cologne: 1. The London guildhall and Cologne's rise to dominance in the eleventh and twelfth centuries; 2. The rise of the Hansa towns and the decline of Cologne's dominance in the thirteenth century; 3. Anglo-German currency exchange: Cologne and English sterling; Part II. Anglo-German Family, Property and Inheritance Ties: 4. The formation of individual and family identity in medieval Cologne: property and surnames; 5. Anglicus in Colonia: the social, economic and legal status of the English in Cologne during the twelfth and thirteenth centuries; 6. Cologne families with English connections: the Zudendorps; 7. Cologners in England; Part III. Anglo-German Religious and Cultural Life: 8. Confraternities, expatriate monks, pious legends and pilgrims; 9. Clerics, canon law, crusaders and culture; Conclusion: a reappraisal of the Anglo-German nexus; Appendices I-IV; Bibliography.

"...this is a book that ought to interest a very wide range of students of medieval history. A wide range of activity is discussed and a very broad variety of source material used. This careful collection of material shows just how important Germans, and especially the men of Cologne, were during the twelfth and thirteenth centuries in the economic, social, and political life of England. There is much fascinating material, but above all the analysis provides a much sharper perspective on the whole gamut of Anglo-German relations." American Historical Review "...this commendable effort is clearly focused and meticulously researched, its arguments sound." James D. Mixson, Journal of Interdisciplinary History