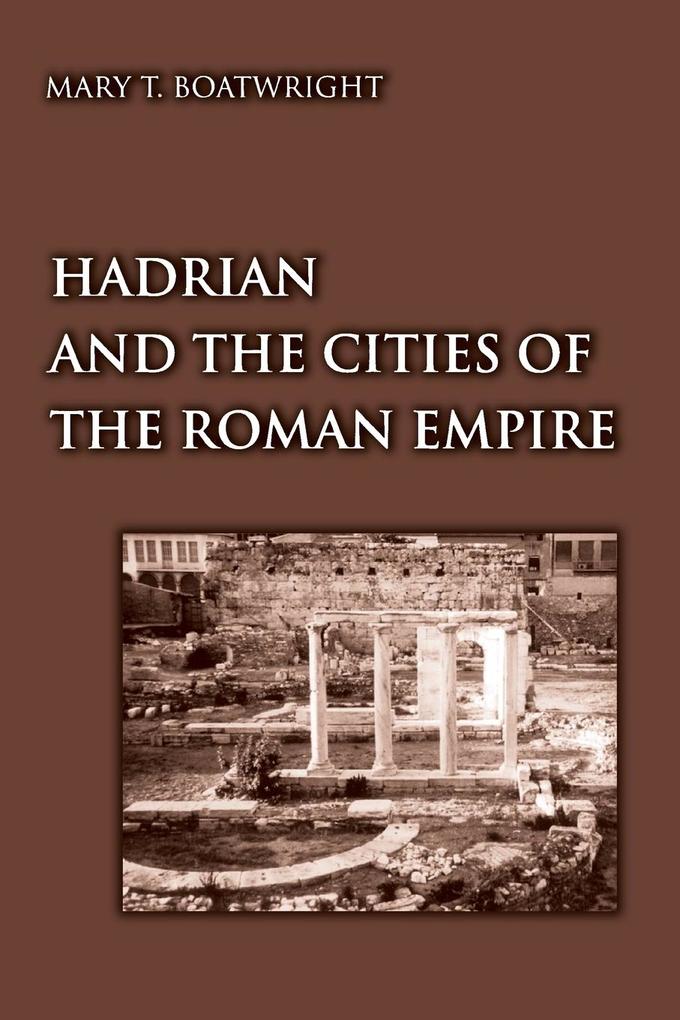 Hadrian and the Cities of the Roman Empire

Titel: Hadrian and the Cities of the Roman Empire
Autor/en: Mary T. Boatwright

Cities throughout the Roman Empire flourished during the reign of Hadrian (A.D. 117-138), a phenomenon that not only strengthened and legitimized Roman dominion over its possessions but also revealed Hadrian as a masterful negotiator of power relationships. In this comprehensive investigation into the vibrant urban life that existed under Hadrian's rule, Mary T. Boatwright focuses on the emperor's direct interactions with Rome's cities, exploring the many benefactions for which he was celebrated on coins and in literary works and inscriptions. Although such evidence is often as imprecise as it is laudatory, its collective analysis, undertaken for the first time together with all other related material, reveals that over 130 cities received at least one benefaction directly from Hadrian. The benefactions, mediated by members of the empire's municipal elite, touched all aspects of urban life; they included imperial patronage of temples and hero tombs, engineering projects, promotion of athletic and cultural competitions, settlement of boundary disputes, and remission of taxes.

Even as he manifested imperial benevolence, Hadrian reaffirmed the self-sufficiency and traditions of cities from Spain to Syria, the major exception being his harsh treatment of Jerusalem, which sparked the Third Jewish Revolt. Overall, the assembled evidence points to Hadrian's recognition of imperial munificence to cities as essential to the peace and prosperity of the empire. Boatwright's treatment of Hadrian and Rome's cities is unique in that it encompasses events throughout the empire, drawing insights from archaeology and art history as well as literature, economy, and religion.

Mary T. Boatwright, Professor in the Department of Classical Studies at Duke University, is the author of "Hadrian and the City of Rome" (Princeton). Her special interests in Roman imperial history include the Roman provinces and the topography of Rome as well as the images and realities of elite Roman women.

"[Boatwright's] analysis of this evidence provides a clear picture of how image dissemination and imperial benefactions worked in practice, while raising specific questions about Hadrian's interaction with the East ... A welcome addition to scholarship."--Caroline Vout, Times Literary Supplement "An original, readable, and thought-provoking [book]."--James C. Anderson, The Classical Outlook "Impressive... [Boatwright's] nuanced attention to social and gender issues deepens understanding of Roman urban life... The author is due thanks for enhancing the understanding of this imperial philosopher-king and the complex social structure of his empire."--Choice

Schreiben Sie eine Bewertung für: Hadrian and the Cities of the Roman Empire