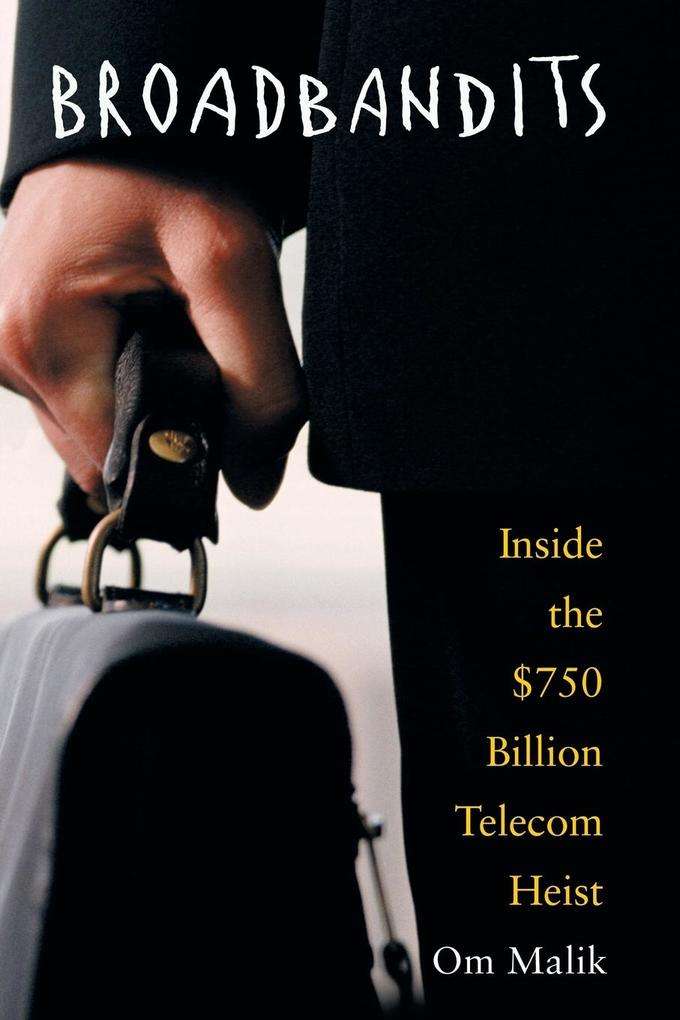 Investigating the financial fraud and misguided power plays that brought down the telecom industry
Once the foundation of the Dow and NASDAQ, the telecom industry has eaten up more capital than any other industry in recent history and has nothing to show for it. Today, it is by far the worst culprit in the spate of financial dirty dealings that have been splashed across the business pages, and yet the rewards reaped by top executives at many of these failed or failing companies have been inversely proportionate to their decline. Broadbandits takes readers behind the scenes to get the story they won t get in the media. Investigative reporter Om Malik follows the money trail and deciphers the actions and motivations of a generation of new economy "barbarians" that brought down this once lucrative industry. This intriguing book offers an inside look into the telecom bubble, with tales and anecdotes about mavericks who turned simple light and glass fibers into veins of gold, financiers who got greedy and fleeced unsuspecting millions, clueless venture capitalists who thought they d tapped into the mother lode, hapless entrepreneurs who believed that they were changing the world, and self-proclaimed pundits who were cheering it all on from the sidelines. Broadbandits is a compelling account of the downfall of telecom giants such as WorldCom and Global Crossing, and will show readers how many telecom upstarts and veterans alike became victims of what one chief executive aptly described as "high-yield heroin."

Om Malik (New York, NY) is a Senior Writer for Red Herring who focuses on the telecommunications sector. Prior to joining Red Herring in July 2000, he was senior editor at Forbes.com. His work has also been published in newspapers and magazines such as The Wall Street Journal, Business 2.0, Brandweek, and Crain s New York Business. For a very brief while, he was a venture capitalist.

PART I: THE FIBER BARONS.

3. Once a Junkie, Always a Junkie.

5. The Attack of the Clones.

PART II: THE MILE NIGH CLUB.

8. Teddy Gets Taken to the Cleaners.

9. The House (of Cards) that Jack Built.

13. The Swami of the Broadband Boom.

OM MALIK is a Senior Writer for Business 2.0 in San Francisco, California. Prior to joining Business 2.0, he worked for Red Herring and Forbes Online, where he was a senior editor. An award-winning journalist, his work has also been published in newspapers and magazines such as the Wall Street Journal, Forbes, Brandweek, and Crain's New York Business. For a brief while, he was a venture capitalist.