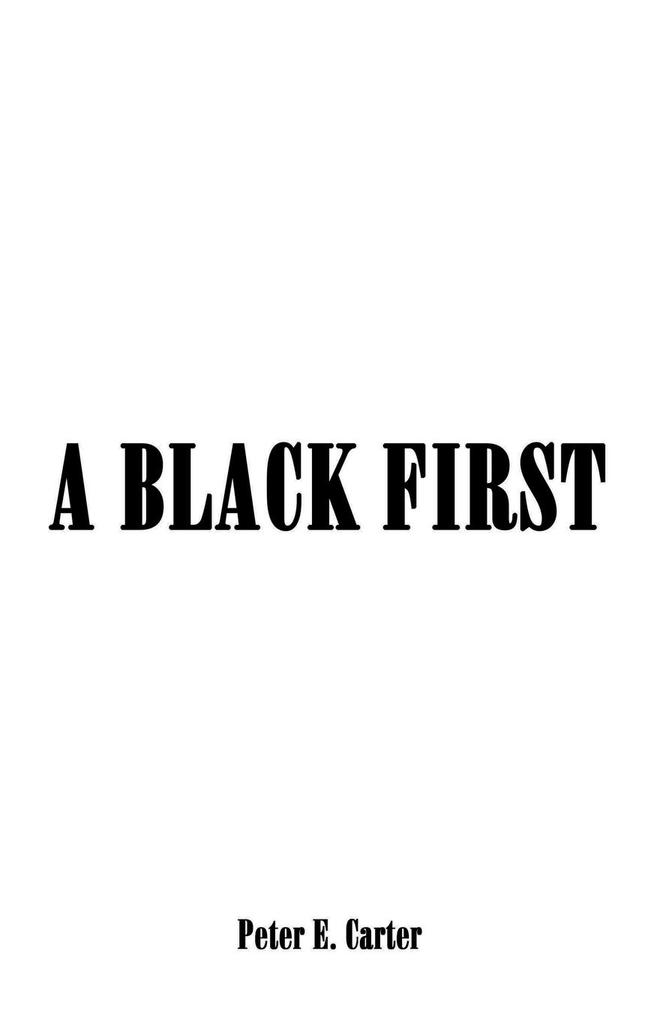 von Peter E. Carter
Paperback. Sprache: Englisch.
Buch (kartoniert)
A BLACK FIRST is the story of an African-American, Black, Negro, colored man who weathered the storms of racism and bigotry and became a prominent educator in the State of New Jersey among its most powerful leaders for a significant period of time. T … weiterlesen
Geschenk per Mail versenden
Buch (kartoniert)

A BLACK FIRST is the story of an African-American, Black, Negro, colored man who weathered the storms of racism and bigotry and became a prominent educator in the State of New Jersey among its most powerful leaders for a significant period of time. The book takes the reader from this man's arrival in the United States as a two-year-old at a tenement building in black Harlem, New York City, to his retirement at sixty years old from a wealthy white school district in Northern New Jersey.
Peter E. Carter shares his journey to several schools and school districts with us as he withstood the slings and arrows as well as basked in the praises and joys of the people he met and with whom he worked as a school administrator in New York, New Jersey, and Delaware. He was a force to be reckoned with as well as a human being to be loved and admired. Join him on his trip with many professional stops along a tricky and exciting route with several twists and turns.
The reader, especially the non-black reader, is welcome to enter a world where the author blazed so many trails previously reserved for whites, and protected for and by them. Mr. Carter was the first of his race to overcome many obstacles, and gain personal and professional recognition. His numerous awards and plaques attest to his prominence and admiration by those whose lives he touched, and the thousands of children he helped to obtain the best education possible.
You are invited to be among the first to learn of his firsts.

A graduate of Fordham University with a Bachelor's degree in Classical Languages, and Hofstra University with Master's degree in Educational Administration, Peter E. Carter labored in the vineyards of both private and public school education from 1965 when he began as a Teacher of Latin and English at Nazareth Regional High School in Brooklyn, New York, until his retirement in 2004 as Superintendent of Schools in suburban Ringwood, New Jersey. Mr. Carter enjoyed to the fullest each one of his positions as he traveled across New York, Delaware, and New Jersey enriching the lives of the K-12 student population.

During his 36+ year career, Carter has been the recipient of numerous awards for distinguished service in his chosen field as a school educational leader. Though retiring in 2004, he continues to be called upon to lend his expertise in education in Interim Superintendent roles, volunteering in the local elementary schools, and serving as an expert witness/consultant for several New Jersey law firms. Peter has also been busy serving in local leadership positions, which included two homeowner association boards and the board of the Delaware Botanic Gardens.

His passion for literature and writing continues to be enhanced by his published articles in his local Rehoboth Beach, Delaware newspaper, and the recent completion of his autobiography, A BLACK FIRST, where he shares the trials and tribulations of his 36-year career in education. Being the "first" in many situations, the book allows you to experience his journey of weathering the storms of racism and bigotry, and applaud his victories as he overcomes those obstacles. Done all for one purpose, to give children the best education possible.