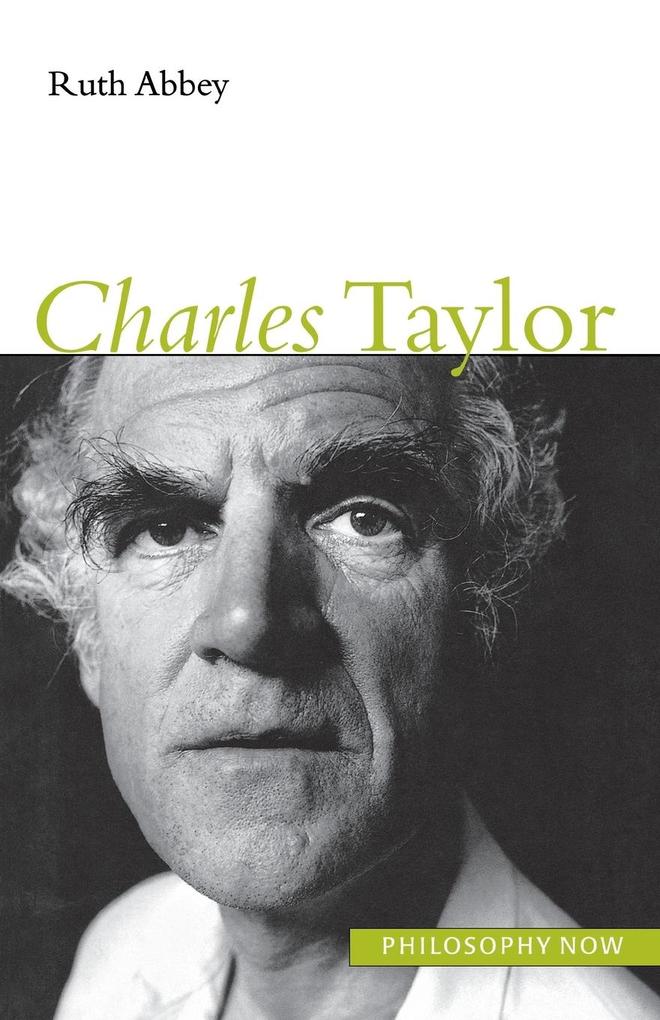 Charles Taylor (b. 1931) is one of the most influential and prolific philosophers in the English-speaking world. His unusually broad interests range from artificial intelligence to theories of meaning, from German idealism to contemporary multiculturalism. Ruth Abbey, in the first systematic single-authored study of this extraordinary thinker, offers a stimulating overview of his contribution to some of philosophy's enduring debates.

The core chapters take up Taylor's approaches to moral theory, selfhood, political theory, and epistemology. Alone, these chapters constitute a solid introduction to Charles Taylor. However, the author also offers a great deal to those interested in pursuing the links across his positions, defining Taylor in terms of both his political engagement and his particular form of anti-foundationalism. In addition, she engages with some of the secondary literature to correct common misreadings of Taylor's writings. Abbey concludes by outlining Taylor's most recent reflections on what it means to live in a secular age and pointing to likely future directions of his work.

This book makes accessible one of the most read and discussed philosophers of our day. It will serve as an ideal companion to Taylor's own writings for students of philosophy and political theory. And it will be welcomed as well by the nonspecialist seeking an authoritative guide to Taylor's large, disparate body of work.

"A clear, reliable and up-to-date introduction to Charles Taylor's philosophy."--Arto Laitinem, Radical Philosophy "This comprehensive study of Charles Taylor's philosophy is timely and useful; Taylor is one of the most significant living philosophers, and such an exposition is long overdue... It will be a treasured friend to accompany explorations of Taylor's writings by readers across the many disciplines impacted by his thought."--Choice "Few books can match the timeliness of Charles Taylor."--Mark Redhead, The Review of Politics