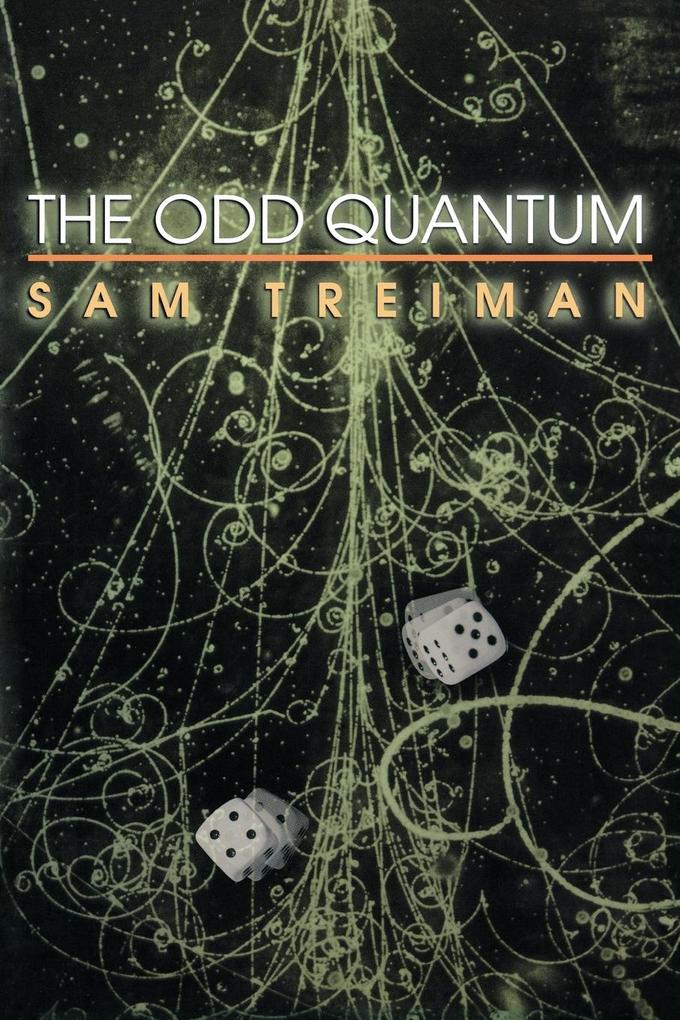 This is a rare and much-needed book: a concise but comprehensive account of quantum mechanics for popular science readers written by a respected physicist. Sam Treiman--internationally renowned for his work in particle physics--makes quantum mechanics accessible to nonspecialists. Combining mastery of the material with clear, elegant prose and infectious enthusiasm, he conveys the substance, methods, and profound oddities of the field.

Treiman begins with an overview of quantum mechanics. He sketches the early development of the field by Einstein, Bohr, Heisenberg, Schrödinger, and others, and he makes clear how the quantum outlook flies in the face of common sense. As he explains, the quantum world is intrinsically probabilistic. For example, a particle is not in general in some particular place at a given instant, nor does it have a definite momentum. According to the Heisenberg uncertainty principle, there is a limit to how well both location and momentum can be specified simultaneously. In addition, particles can move through barriers and otherwise move in regions of space that are forbidden by classical mechanics. If a particle has a choice of different paths, it pursues all of them at once. Particles display wave-like characteristics and waves show particle-like characteristics. Treiman pays special attention to the more fundamental wave outlook and its expression in quantum field theory. He deals here with the remarkable fact that all the particles of a given species are strictly identical, and with the unnerving fact that particles can be created and destroyed. As Treiman introduces us to these and other wonders, he also touches--without resolution--on some of the deep philosophical problems of quantum mechanics, notably how probabilities become facts.

Weaving together impeccable and up-to-date science, engaging writing, and a talent for clear explanation honed over Treiman's distinguished career as a physicist and teacher, The Odd Quantum is a remarkable survey of a field that changed the course of modern scientific and philosophical thought.

Sam Treiman was the Eugene Higgins Professor of Physics Emeritus at Princeton University. He cowrote "Current Algebra and Its Applications" (Princeton) with R. Jackiw and D. Gross, "Current Algebra and Anomalies" (Princeton) with R. Jackiw, B. Zumino, and E. Witten, and "Formal Theory of Scattering" with C. Grosjeans. He wrote numerous articles, mostly centered on the study of fundamental particles, for leading physics journals. Professor Treiman died in 1999.

"For quantum mechanics fans looking for a bridge between books that provide vague, qualitative descriptions and those that require an extensive background in mathematics to be understood, Sam Treiman?s The Odd Quantum offers a concise introduction to the field?s concepts and practices, as well as guides to its most essential equations."--Publishers Weekly "In Treiman's book, we have as good a shot as we may hope for an intelligible (if demanding) account of a very advanced topic in physics. He covers much material in a short space. [A]n exposition of how the exciting intellectual tool of quantum theory has grown in scope and application."--Brian Pippard, Times Literary Supplement "Treiman's book is outstanding... This is not at all a qualitative pictorial description of the quantum world, but a rigorous formulation of its axioms in a casual language... [A] wonderful guided tour through quantum mechanics..."--Asher Peres, Physics World "Like a master craftsman intent on reducing his accumulated skills into a compendium of traditions and practices for his apprentices, Treiman tries to be as clear, precise, and succinct as possible. A vast store of experience in research and teaching informs every page."--Hans Christian von Baeyer, Science "Writing for person's with a background in physics or mathematics, [Treiman] does an excellent job of looking at the difficult and unusual aspects of theory."--Choice "A concise and beautifully written summary of an expert's view of the subject."--Barry R. Holstein, American Journal of Physics