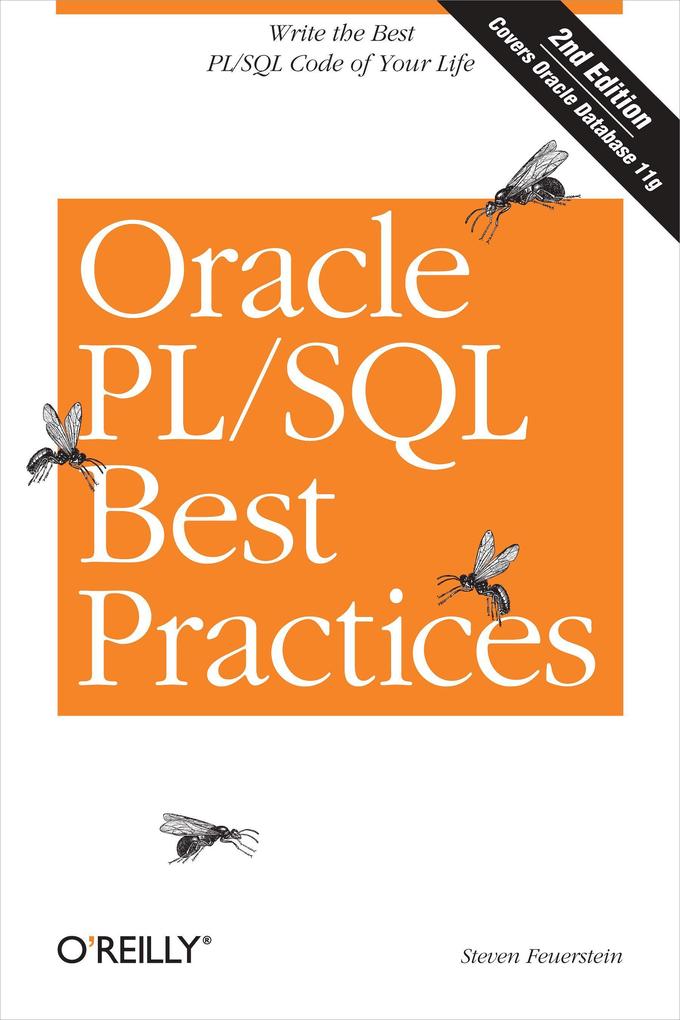 In this compact book, Steven Feuerstein, widely recognized as one of the world's leading experts on the Oracle PL/SQL language, distills his many years of programming, teaching, and writing about PL/SQL into a set of best practices-recommendations for developing successful applications. Covering the latest Oracle release, Oracle Database 11gR2, Feuerstein has rewritten this new edition in the style of his bestselling Oracle PL/SQL Programming. The text is organized in a problem/solution format, and chronicles the programming exploits of developers at a mythical company called My Flimsy Excuse, Inc., as they write code, make mistakes, and learn from those mistakes-and each other.

This book offers practical answers to some of the hardest questions faced by PL/SQL developers, including:
* What is the best way to write the SQL logic in my application code?


* How should I write my packages so they can be leveraged by my entire team of developers?

This book is a concise and entertaining guide that PL/SQL developers will turn to again and again as they seek out ways to write higher quality code and more successful applications.

"This book presents ideas that make the difference between a successful project and one that never gets off the ground. It goes beyond just listing a set of rules, and provides realistic scenarios that help the reader understand where the rules come from. This book should be required reading for any team of Oracle database professionals."

Steven Feuerstein is considered to be one of the world's leading experts on the Oracle PL/SQL language, having written ten books on PL/SQL, including Oracle PL/SQL Programming and Oracle PL/SQL Best Practices (all published by O'Reilly Media). He has also published his first book for kids: http://stevenfeuerstein.com/vivianvultur​e. Steven currently serves as PL/SQL Evangelist for Oracle Corporation. He has been developing software since 1980, spent five years with Oracle (1987-1992), and was PL/SQL Evangelist for Quest Software (and then Dell) from January 2001 to February 2014. He was an Oracle ACE Director (had to give up the prestigious title when he rejoined Oracle) and writes regularly for Oracle Magazine, which named him the PL/SQL Developer of the Year in both 2002 and 2006. He is also the first recipient of ODTUG's Lifetime Achievement Award (2009). Steven's latest initiative is the PL/SQL Challenge ( http://www.plsqlchallenge.com ), a daily quiz for PL/SQL developers; hundreds of programmers play each day. Check it out and join the fun! You can also catch up on his latest, mostly non-PLSQL rants at http://feuerthoughts.blogspot.com.