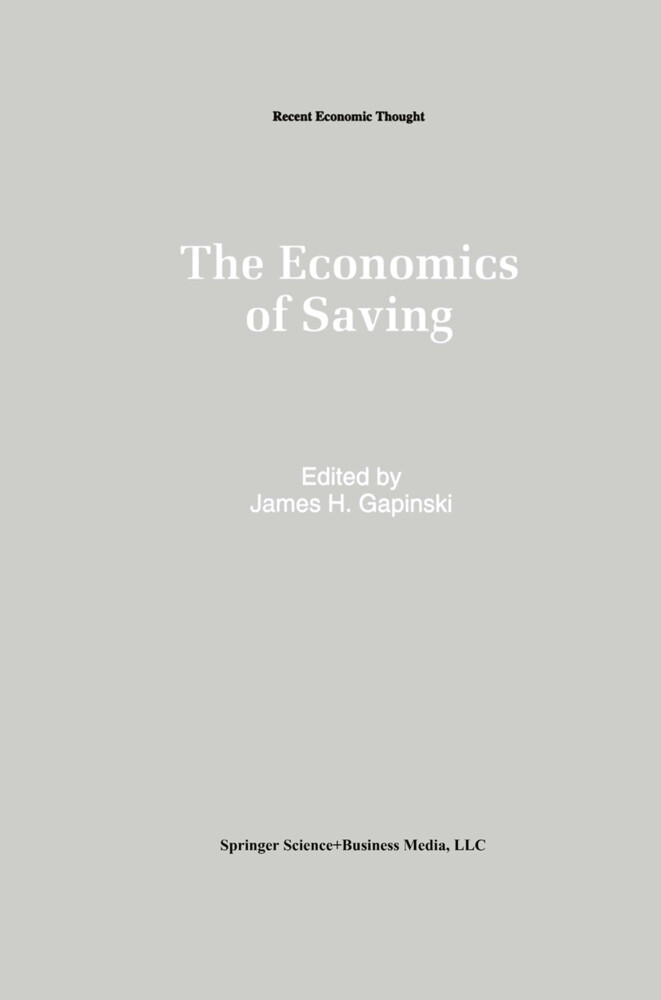 The Economics of Saving

Titel: The Economics of Saving

This book began when a letter reached my desk in November 1989. Written by Warren Samuels, professor of economics at Michigan State University and editor for Kluwer Academic Publishers, the letter reviewed the philosophy behind Kluwer's series on recent economic thought and accordingly expressed interest in the controversies that surround con temporary topics in the discipline. It graciously went on to invite me to organize, consonant with that philosophy, a volume of chapters on saving. Soon thereafter I learned that the chapters were to be original compositions. I also learned that I would have substantial flexibility in structuring the volume and in recruiting contributors, who logically would be authorities in the field. Succinctly, Samuels was inviting me to work with leading scholars in exploring the current controversies in saving, one of my favorite subjects. That invitation was simply too tempting to refuse. Preparation of the book's outline went smoothly. It was obvious that the statistics of saving should be covered along with the theories of saving. It was equally obvious that special issues must be addressed: Ricardian Equivalence, supply-side doctrine, and economic development among others. These themes should be handled so as to bring out the ideological tensions in the profession, and that criterion helped to shape the list of potential contributors. That is, both sides of a conflict should be represented, and both should be given the same treatment.