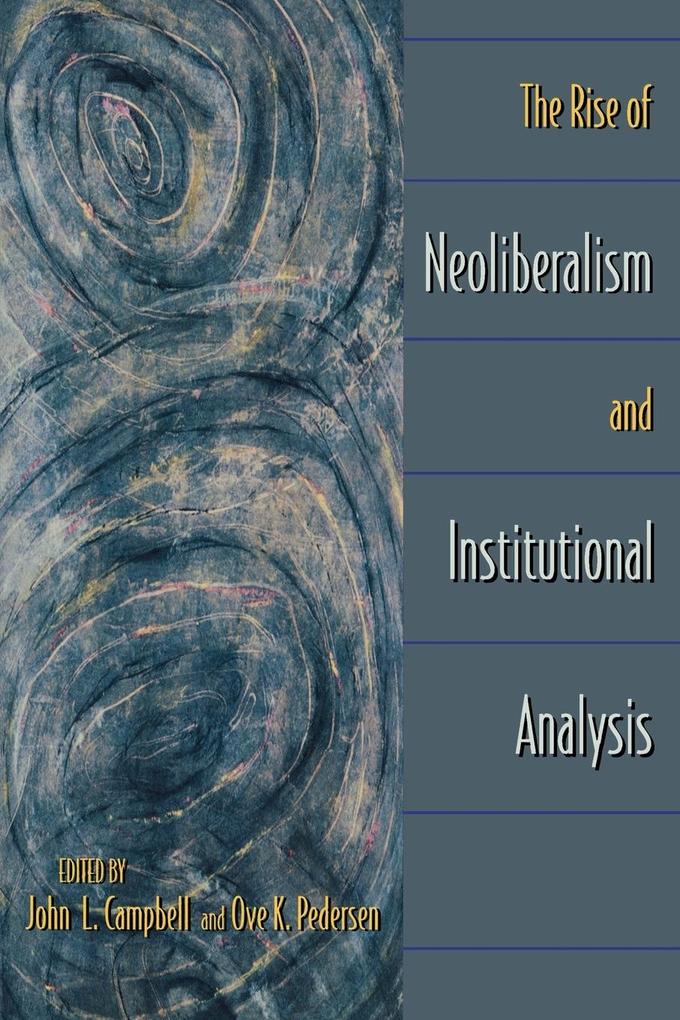 The Rise of Neoliberalism and Institutional Analysis

Titel: The Rise of Neoliberalism and Institutional Analysis

The last quarter century has been marked by the ascension of neoliberalism--market deregulation, state decentralization, and reduced political intervention in national economies. Not coincidentally, this period of dramatic institutional change has also seen the emergence of several schools of institutional analysis. Though these schools cut across disciplines, they have remained isolated from and critical of each other. This volume brings together four--rational choice, organizational, historical, and discursive institutionalism--to examine the rise of neoliberalism. In doing so, it makes tremendous methodological strides while substantively enlarging our knowledge about neoliberalism.

The book comprises original empirical studies by top scholars from each school of analysis. They examine neoliberalism's rise on three continents and explore changes in macroeconomic policy, labor markets, taxation, banking, and health care. Neoliberalism appears as much more complex, diverse, and contested than is often appreciated. The authors find that there is no convergence toward a common set of neoliberal institutions; that neoliberalism does not incapacitate states; and that neoliberal reform does not necessarily yield greater efficiency than other institutional arrangements. Beyond these important empirical contributions, this book is a methodological milestone in that it compares different schools of institutionalist analysis by seeing how they tackle a common problem. It reveals a second movement within institutionalism--one toward rapprochement and cross-fertilization among paradigms--and explains how this might be furthered with benefits throughout the social sciences.

This is an original book in two ways. First, it brings together scholars who really have different theoretical orientations. Second, it has them consider the same empirical object. It is likely to be well received by all of the institutionalist communities.