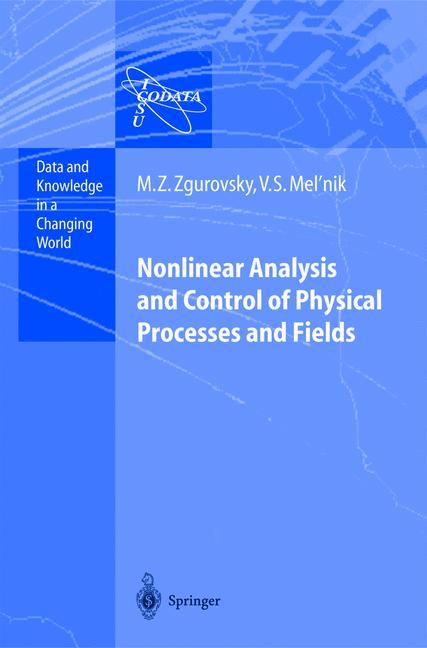 Nonlinear Analysis and Control of Physical Processes and Fields

Modern achievements in the intensively developing field of applied mathematics are presented in this monograph. In particular, it proposes a new approach to extremal problem theory for nonlinear operators, differential-operator equations and inclusions, and for variational inequalities in Banach spaces. An axiomatic study of nonlinear maps (including multi-valued ones) is given, and the properties of resolving operators for systems, consisting of operator and differential-operator equations, are stated in nonlinear-map terms. The solvability conditions and the properties of extremal problem solutions are obtained, while their weak expansions and necessary conditions of optimality in variational inequality form are formulated. In addition. the monograph proposes regularization methods and approximation schemes. This book is adressed to scientists, graduates and undergraduates who are interested in nonlinear analysis, control theory, system analysis and differential equations.

"In this monograph, a new approach is given for the study of extremal problems in nonlinear operator and differential operator equations, as well as the variational inequalities in Banach spaces. ... This monograph provides novel and up-to-date research on the theory of control of nonlinear infinite dimensional systems ... . It is for the first time that this research is presented and it is of considerable interest to specialists in the field of nonlinear analysis and its applications ... ." (Wordtrade, 2008)